Creativity is key to thriving on social media 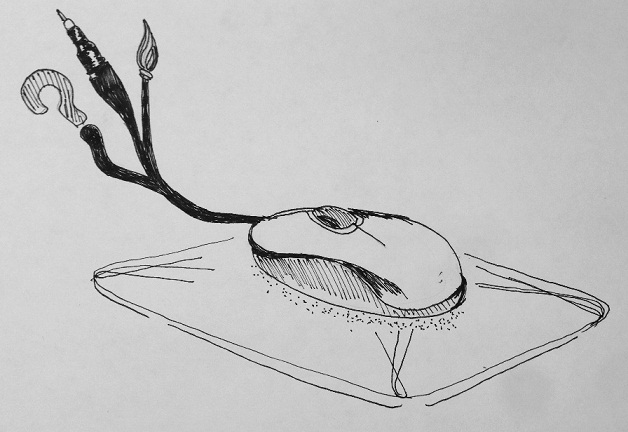 According to a February 2014 ABC.com article, Facebook has 1.23 billion users and 46.6 percent of North America uses it.

Surprisingly enough, even with these staggering statistics, Facebook is on the decline.

According to an August 2013 Forbes article, fewer and fewer teens are signing up for Facebook and instead are moving on to the likes of Twitter, Vine, and other social media sites.

Users of the site Twitter can have thousands, even millions of followers, just due to 140 character blurbs. Users of Vine can also gain many followers when people see their seven seconds of video over and over.

More labor-intensive social media sites, such as Tumblr, allow people to share common interests and personalize a whole blog to share their personalities with others. These blogs can also attract a certain level of fame for their users.

While many might suggest that social media is allowing for a generation of mindless communication that cultivates things like “Facebook Stalking” and excessive IMing, it could also be seen as a forum that demands creativity.

As individuals, people are competing against billions of others to be the most entertaining Tweeter, Viner, or Tumblr. To make 140 characters or seven seconds special or to make the most interesting blog, people have to be thoughtful and imaginative. By using these social media sites, people are challenging themselves to be a new type of entertainer.

According to a March 2013 Huffington Post article, Twitter is a great place for micro blogging, branding, getting a good laugh, and ultimately, gaining inspiration.

It seems the new goal of social media is not to just socialize, but to dominate socializing. The idea is to be the funniest or the smartest or the coolest, so that others, whether they really know you or not, will want to connect.

With one popular tweet, the average kid could turn into an Internet sensation. Rather than just viewing these sites as places to spend time while procrastinating, people should view them as the creative tools they are.

Ideas, works of art, charities and news all can be shared. The possibilities are endless, but no longer does social media have to mean shutting out those outside one’s inner circle. It now encourages creativity and interacting with those outside one’s immediate comfort zone.

The CHS community should continue to expand across social networks to share the creativity and intelligence of the student body and to gain from others on these sites.