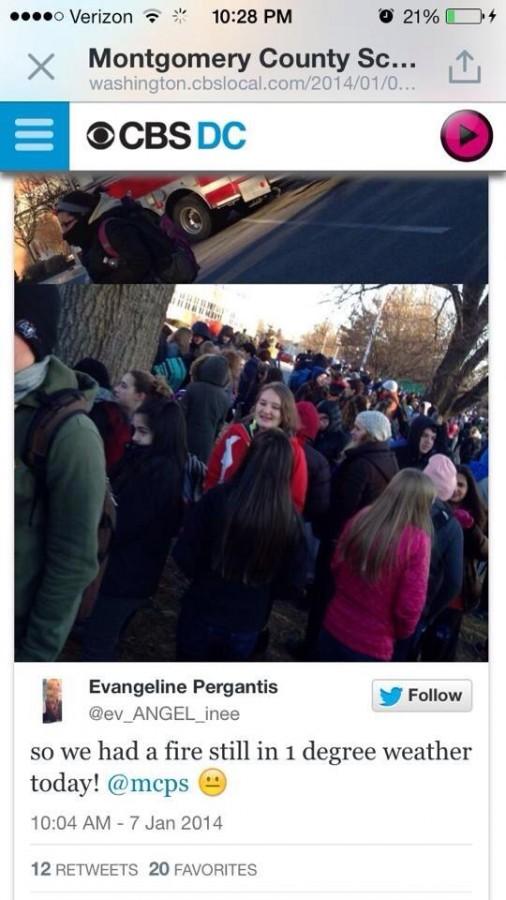 MCPS acted irresponsibly by deciding against a school delay Jan. 7, the coldest day of not only this year but also the past two decades. Its inaction and failure to realize that subzero temperatures can prove as harmful, if not more, than snow accumulation highlights the county’s ignorance.

According to a 2013 ABC News article, several schools throughout the county underwent weather-related issues that could have been avoided.

Both CHS and Julius West Middle School saw pipe bursts that caused full-scale evacuations because of flooding. Two other schools had no power, forcing students to bundle up in coats and earmuffs while inside the classrooms. Furthermore, several buses had trouble starting, exposing many students to the cold for unnecessarily long durations.

According to Discovery Fit & Health, an online health and wellness forum, precursors of frostbites called frostnips can easily form from exposure to near zero temperatures for even a few minutes. Frostnips often result in punctured vessels, gangrene, and long loss of sensation. MCPS’ decision to open school on time increased the likelihood of students contracting frostnips, especially with all the unanticipated incidents.

Not only did MCPS make the wrong decision, it posted its decision on the county webpage extremely prematurely.

At about 5 P.M. Jan. 6, MCPS had declared that all schools and administrative offices would be opening on time the following day. Typically, however, MCPS is one of the last school systems to announce school closings or delays, waiting until about 5 A.M the day in question.

Clearly, MCPS’ decision was half-baked.  It seems as though MCPS was attempting to reverse its reputation of taking too long to make a judgment call while also trying to garner a reputation as a stickler for education.

Whatever the reason may be, MCPS has, hopefully, learnt the cost of brash decision-making and will not repeat such a mistake in the future.