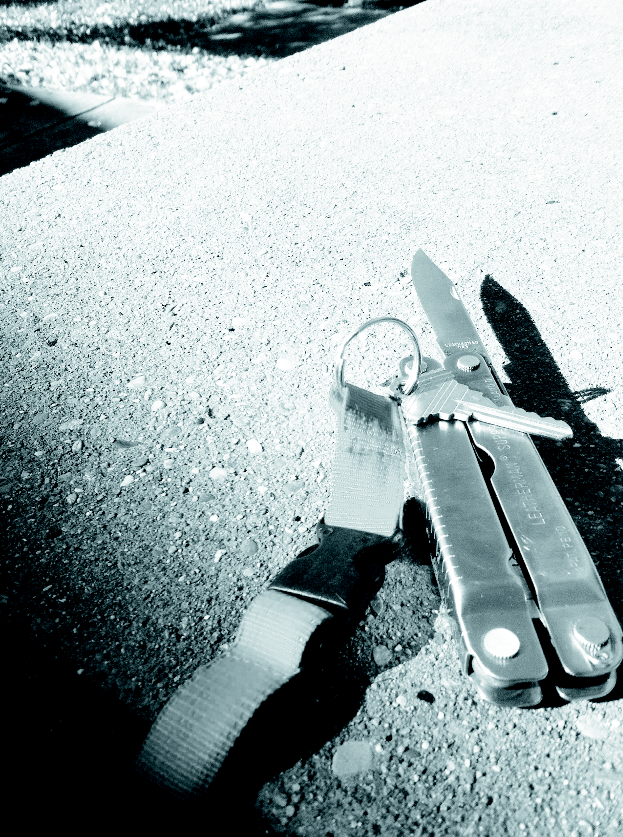 A student comes into school on a Saturday for Homecoming preparations and brings in a Swiss-Army knife on his keychain with his keys. Another student, completely unbeknownst to the knife owner, starts messing around with the knife and cuts himself, causing a minor wound. The owner of the knife receives an in-school suspension for following week. Is that fair?

The student brought the “weapon” to school on the weekend without intending to harm anyone, yet received a suspension for someone else’s actions.

The Zero Tolerance policy for MCPS, and subsequently for CHS, is unfair and unjust. The policy is in desperate need of reevaluation to fit the true reality of school life.

The consequences of the Zero Tolerance Policy, which are often the maximum suspension period or a recommendation for expulsion, are detrimental to the student’s future. If the goal is to have students learn from their mistakes, their futures should not be destroyed with one single action.

The college application process requires that students answer questions regarding past suspensions or disciplinary actions. They can either lie or answer truthfully.

However, what students may not realize is that counselors are asked questions regarding the past disciplinary actions along with their letters of recommendation. It is at this stage in the college application process where past actions, including suspensions, could dash any college hopes.

Many students say that the suspensions can be expunged from personal records so that they do not reappear during the college application process. However, this popular belief is not correct.

According to Principal Joan Benz, suspensions are kept and not expunged, regardless of the situation.

In addition, the Zero Tolerance Policy dictates that a student acting in self-defense can still receive punishment for fighting. If the school really wants to combat bullying, students need to be able to defend themselves without facing the possibility of getting in trouble with the school and the law.

According to security officer Terry Bell, as soon as any physical contact between the perpetrator and victim occurs, both parties will receive consequences, simply because there are options rather other fighting to solve a conflict.

This rule completely ignores the facts of reality, however. In a volatile situation where the perpetrator initiates the fight, it is more than likely that they put the victim in a scenario where fighting back is not only necessary, but the only viable option. The rule turns a blind eye to the victim and leaves them in a helpless situation with no other escape than fighting back and receiving the consequences.

Despite all this, proponents of the Zero Tolerance policy often claim that in order to have a safe and healthy school environment, a set of rules needs to be in place that lay out the consequences to students.

According to Benz, it is important that rules are established and maintained so that students know the consequences.

However, do the predetermined consequences really fit every situation? There needs to be discretion based on every situation. Yes, there are re-entry conferences and yes, due process is practiced, but inflexible guidelines are often used when developing the punishments. Every situation is different and deserves to be treated differently.