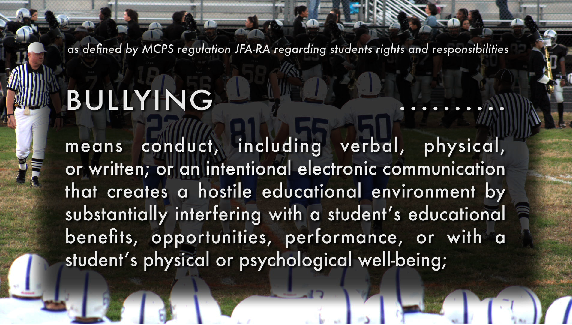 “Nobody likes you,” “Why would you wear that?” and “You’re so gay,” are just a few of the phrases heard throughout the CHS hallways every day.  While some of these are said in a joking or even sarcastic tone, not everyone interprets them the same way.

Physical abuse at CHS may be rare, but verbal bullying is quite common.  Even seemingly minor insults and put-downs can be characterized as bullying.

According to an August 2011 U.S. News article, 25.8 percent of high school students and 36 percent of middle school students reported being bullied during the 2008-2009 school year.  Bullying happens everywhere, even CHS, and while administrators have made multiple attempts to stop the problem, none so far have proven to be effective.

According to Art Department Resource Teacher Paul Dermont, a large amount of psychological and emotional bullying is present at CHS, which is often due to certain groups excluding one specific student.

While staff members have made efforts to reduce the issue of bullying, such as showing a bullying video in homeroom each year, these efforts are not an integrated part of the CHS culture.

The bullying video used in homeroom the first week of school, is an ineffective tool in reducing the issue because it is merely text on a screen with no real emotional appeal.

English teacher Kevin Brown suggests that showcasing an anonymous personal story about bullying, weekly on the Daily Dose, might be a more effective approach to solving the problem.

The video also fails to mention anything about teaching kids to stand up for themselves.

If students do not ever learn to even stand up for themselves, how will they ever know how to stop the bullying from getting worse?  While staff members and administrators may be partially effective in breaking up bullying incidents, parts of truly preventing the conflict from continuing are simple defenses from the victim, such as learning to defiantly say, “No, you’re wrong!”

According to University of Illinois psychology professor Karen Rudolph, these defiant responses, unlike a more passive approach, are less likely to increase a bully’s wanting to “up the ante.”

If a student cannot even stand up to being bullied in high school, how will they ever learn to stand by their core beliefs and values when someone unnecessarily criticizes them in the workplace?

According to Dermont, a possible solution to the problem is more anti-bullying committee meetings held in the near future, and interested students are welcome to bring their ideas to the table.