T-Swift needs to grow up 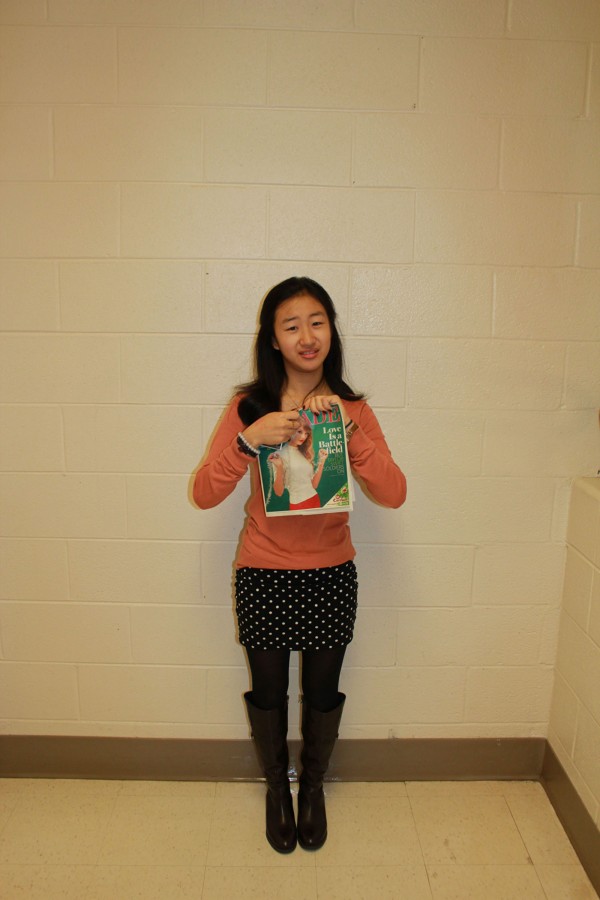 Who has curly blond hair, plays the guitar and badmouths ex-boyfriends for a living?

Over 1.2 million copies of country darling Taylor Swift’s fourth album Red were sold in its opening week, breaking rapper Eminem’s record set by The Eminem Show a decade ago. Clearly Swift’s fans love her, so she must be doing something right. But after a closer look at the content of her albums, one may question just how good a role model Swift is to her fans, the majority of whom are vulnerable teenage girls.

Swift has released four albums over a span of six years. Her first album was released when she was only 16, and over half of her songs were understandably about boys.

However, fast-forward to her most recent album, released at age 22, and the overarching theme is still boys (only three of the album’s songs cover other topics).

While it’s reasonable that boys still play a significant role in Swift’s life, there should be other important events occurring in her life that should at least temporarily take precedence: friendship, charity work and traveling, to name a few.

In a Nov. 3 NPR interview, Swift admitted to her struggles with self-confidence and explains that her albums are like her diaries. However, her insecurities and open nature do not give her an excuse to publicly bash her critics and ex-boyfriends and their future girlfriends.

In “Better than Revenge” from her third album, Speak Now, she attacks an unnamed girl: “She’s an actress,” but “She’s better known for the things that she does on the mattress.”

While she doesn’t outright name the girl, the context makes it obvious. In a November 2008 interview with MTV, Swift confirmed that another song on the album, “Forever & Always,” is about ex-boyfriend Joe Jonas, who coincidentally began dating actress Camilla Belle shortly after breaking up with Swift.

It was inappropriate for Swift to attack another girl in this manner. Even if she did feel Jonas betrayed her—or if she wanted to express her feelings in a song, she should have reduced the number of hints to make her songs less slanderous.

Swift has admitted that she expresses all her feelings in her songs, but she needs to consider her fan base: teenage girls. Incorporating petty, vindictive lyrics into an album does not set a good example for her fans. The movie Mean Girls has already shed much-needed light on the cattiness of teenage girls’ relationships, and we do not need a well-known singer reinforcing the assumption that girls verbally lash out at others when they get hurt.

In Red, Swift includes specific details that conspicuously identify certain people in her life. In “State of Grace,” “twin fire signs, four blue eyes” references her blue-eyed Sagittarius ex-boyfriend Jake Gyllenhaal; “green eyes and freckles” from “Everything Has Changed” closely recalls ex-boyfriend Conor Kennedy. She also includes hidden messages in the album lyric booklet, which brings additional, unnecessary attention to each song’s person of interest. The secret message for “Everything Has Changed” is “Hyannis Port,” the location of many Kennedy residences.

Swift does slightly redeem herself with her impressive philanthropic work.

According to LookToTheStars.com, a website that tracks celebrity charity donations, she has donated money to many foundations, including the Red Cross and Habitat for Humanity. She even wrote a song, titled “Ronan,” about a young boy who died of cancer last year, and donated the proceeds to cancer-related charities, according to a Sept. 8 Huffington Post article.

However, Swift is far from alone in pursuing charitable endeavors. Such extensive charity work is not uncommon among celebrities. It is not hard to donate money if you have earned an average of $41 million over the past four years.

While Swift’s songs are catchy and unique, and she boasts an impressive philanthropic resumé, the messages she sends her fans through her songs are far from ideal. Swift shows her approval of using public passive-aggressive methods to take revenge on people.

Swift may pretend to be a misunderstood country star just searching for her soulmate, but in the end, she is just a bitter girl with a guitar.