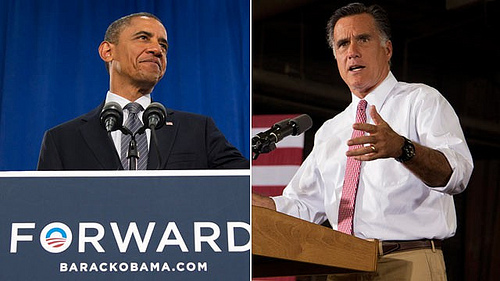 Unlike the 2008 election, media is focusing on candidates' platforms.

Four years ago, the nation was suffering from economic downturn.  It gave birth to one of the worst economic crises the country has seen since the Great Depression.  The American public was sick of never-ending spending and a never-ending war, and the people were not happy with the paychecks they were getting in the mail, if they were lucky enough to be working at all.

At such a trying time in our nation’s history, the citizens of America deserved a genuine presidential campaign in which two candidates put forth their best plans, and the nation would elect the best man for the job based on those plans. Instead, they got a circus act.  Four years later, Americans’ thirst for an issue-based election is being quenched with the current presidential race.

The 2008 and the 2012 races have striking differences in their character and philosophy.  In 2008, the media coverage of the election revolved around the inadequacy of John McCain’s running mate Sarah Palin.  People wanted speeches that explained “hope” and “change,” but instead, they got disputes over President Obama’s birth certificate.

Now let’s look at this year’s election.  There’s a Republican presidential nominee with a running mate who has a plan for how to balance the budget, and an incumbent President with four years of experience in the Oval Office running for re-election. This election sounds a lot less distracting than the election four years ago.

The two candidates have very different viewpoints on some issues.  What has been common in this election?  Harsh ads, scrutinizing coverage of the candidates’ platforms and a few gaffs.

Granted, no campaign is without flaws.  So far Romney has had a few setbacks, such as the unforgettable “47 percent” slip-up and acting disrespectfully to President Obama in the town hall debate.  Likewise, most agree President Obama performed horribly in the first debate, and his “you didn’t build that” statement was greatly criticized.

The integrity of the race, however, is far more real and convincing than it was four years ago.  This year, news channels are focusing on the candidates’ platforms, not their numerous mishaps and mistakes on the campaign trail.  This year the people have a clear choice between two different political ideologies in two different candidates.  This year people can focus on what really matters: the issues.

There will always be a few distractions to draw the national conversation away from the issues at stake, as in the last election.  The media will still dissect everything that Obama and Romney do and say on the campaign trail, but at least pundits and blogs will have a lot less to make fun of this year than it did during the last election.