Virginia should let women control their own bodies 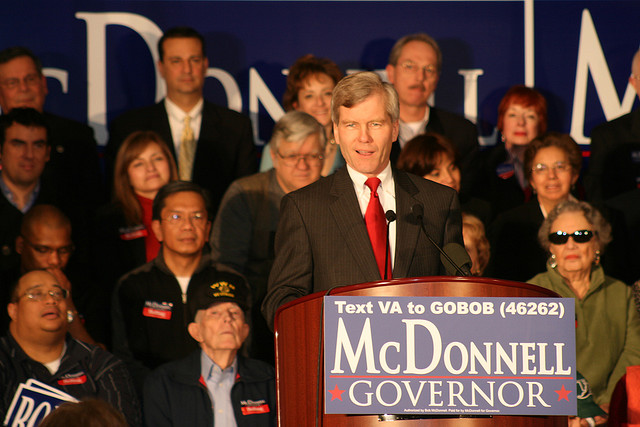 The Virginia state legislature passed an anti-abortion law March 2 that violates the privacy of women by mandating that all women seeking an abortion in Virginia undergo an abdominal ultrasound before the abortion may be carried out.  Passing with only a 21-19 vote in the senate, the law only disallows women who are victims of rape or incest, and it provides absolutely no financial compensation from the government.  This law is flat out wrong.

First of all, the legislature, a body made up of politicians, is telling doctors who went to medical school how to conduct their jobs.  That makes no sense.  The doctors who perform abortions know how to do their job.  They do not need politicians to tell them what measures to administer before an abortion takes place.  If I were getting a medical procedure, I would trust my doctor more than I would trust any politician.

Second, the Republicans who pushed this bill are being hypocritical.  The party runs on a platform that calls for less government involvement in private practices, but by requiring doctors to perform an ultrasound test, the government is coming into private practices and telling people how to run their business.  The contradiction that these legislatures are displaying is alarming to say the least.

Another huge flaw in this law is that the government offers no form of monetary compensation, so women have to pay for this procedure.  This means that if a woman cannot afford the procedure, and has no insurance to cover it, she cannot have it.  Since this ultrasound is required to have an abortion, if a woman cannot pay for the procedure then she cannot have an abortion.  The government is effectively stripping away these women’s constitutional right to an abortion just because they don’t have enough money to pay for this procedure.

Although not to the same degree, this sounds an awful lot like the grandfather clauses and literacy tests used before the 1960s to prevent African Americans from exercising their constitutional right to vote.

Virginia Governor Bob McDonnell claims that the law was drafted and passed in an attempt to provide women with the necessary information that is needed for an abortion.  What if women do not want the information?  Does McDonnell not trust that the women of Virginia can decide for themselves what necessary information is?  He is not putting trust in the people who put their trust in him when they elected him.

This law is just another obstacle that a pro-life legislature, completely out of touch with its constituents, has put into place to discourage women from an abortion.  It is unfair and unjust, and Governor McDonnell should seriously consider repealing this law.