People are oversensitive to ‘Linsanity’ 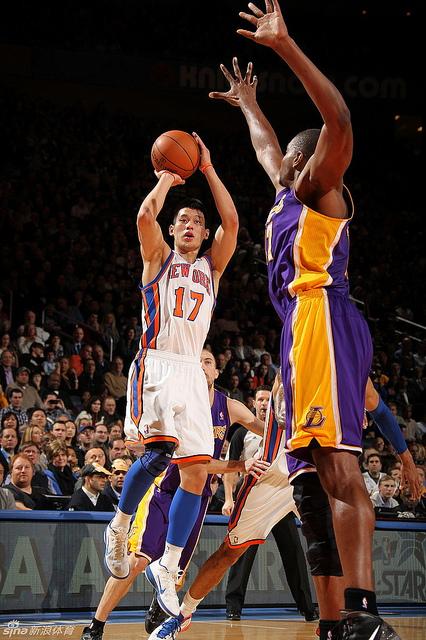 Racism has always been a serious issue. People have fought wars and filed lawsuits over equal rights and civil liberties, and today, there is a greater ongoing effort to be politically correct. But add some fortune cookies to an ice cream designed to honor a talented Asian-American basketball player, and suddenly the nation once again explodes with accusations of racism.

Ben & Jerry’s recently released a limited edition flavor of ice cream called “Taste the Lin-Sanity” to honor Jeremy Lin of the New York Knicks, whose unlikely story of advancing from benchwarmer to starting player in a span of about four games has captured people’s attention around the world. The ice cream, now sold out, consisted of vanilla frozen yogurt with swirls of lychee honey and fortune cookie pieces, which caused the Asian-American Journalist’s Association (AAJA), as well as other Asian-Americans, to accuse Ben & Jerry’s of implying a close association between Lin and Chinese takeout.

As an ABC (American-born Chinese), I disagree that the addition of fortune cookies was offensive; they were actually a clever spin on traditional waffle cone pieces. They could have taken the safe route and added cherry ice cream for Harvard Crimson (his educational background) or orange zest for his Californian childhood, but they chose to draw from his ethnic background instead, which is important considering his historical significance as the first Chinese-American to ever play in the NBA. Had Ben & Jerry’s overlooked his ethnicity, I would have been insulted.

While I personally appreciated the addition of the fortune cookies to the flavor, I can understand why some Asian-Americans may be offended. Contrary to popular belief, fortune cookies are not of Chinese origin. They were actually invented by Japanese immigrants living in California, who based the cookie on a Japanese rice cracker. However, the connection between fortune cookies and Lin is not too far off: both have roots in Asia (albeit different countries) and both were born in California.

Striving to eliminate racial prejudices in society is one thing, but being extremely sensitive to anything related to race—which is what the AAJA seems to be doing—is another.

According to a Feb. 23 Yahoo News article, the AAJA released guidelines regarding media coverage of Lin. Topics that should not be referenced to in articles about Lin including driving, eye shape, food and martial arts.

While eye shape is obviously a sensitive issue, as it is a physical, unchangeable aspect, the other topics are part of our culture as Asian-Americans, and do not necessarily provoke offensive, racist comments. Yes, we have a tendency to be inadequate drivers. We are working on that. But Lin seems to be doing a perfectly fine job driving the basketball down the court and into the hoop.

While Lin’s race does not contribute to his talent as a basketball player, it plays a significant role in his life and his status as a public figure; it makes him unique. Lin has inspired people halfway around the world to watch NBA games and become basketball fans.

In a Feb. 29 interview with The Nation, a weekly magazine, author Jeff Chang argued that there has never been a star like Lin who could publicize the Asian-American community and the quiet discrimination it has suffered the past century. Lin’s sudden popularity brought to light many racial slurs, like ESPN’s “Chink in the Armor” headline, for which writer Max Bretos was promptly fired. Though such derogatory terms have been in use for a long time, Lin’s talent and resulting fame have brought more awareness to the issue.

There is being politically correct, and then there is being overly sensitive. Lin is a talented basketball player, regardless of his race. However, his Chinese-American background is something fans should embrace, and when groups such as the AAJA put severe restrictions on what one can or cannot publish or distribute, it creates an uncomfortable situation for everyone.

Ben & Jerry’s certainly did not intend to make any racist statements with “Taste the Lin-Sanity,” but they were pressured to issue an apology statement when some people threw fits about the ingredients. The ice cream company should not have had to make any apologies because they did nothing wrong; they were merely trying to honor a talented athlete. If Ben & Jerry’s ever designed an ice cream flavor for me, I would be happy to have them add fortune cookies. But hold the fried rice, please: I’ve heard it doesn’t taste too good with ice cream.