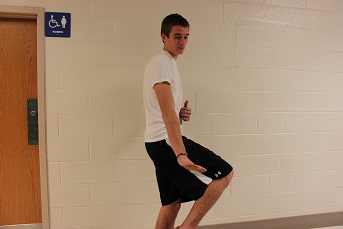 Turkey Day. An entire 24 hours set aside to enjoy family and food. A time when relatives fly from across the country to be with people they do not often see. A table carefully draped with fall colors and tacky centerpieces to highlight the famed bird. A football-fueled marathon.

The NFL Thanksgiving Classic has been a tradition since 1967, but professional football has been played on this day since the late 19th Century. The Dallas Cowboys and Detroit Lions are Thanksgiving day staples; both teams have played in almost every game since the Classic’s inception. This is undoubtedly a historically rich event that attracts millions of fans, but it detracts from the whole Thanksgiving spirit.

On Thanksgiving day, generally the women are in the kitchen preparing the feast while the men are loafing on the couch watching the game. If Thanksgiving is all about family and togetherness, then football is the wedge that drives it apart. It causes a gender separation that goes against the entire principle of the gathering. This is obviously not always the case, but it is sadly often true.

If there was only one game, I would not mind. Ideally, there would be an early afternoon game to ease into the rest of the day. Yet for some inexplicable reason, the NFL decides to cram three games into the TV schedule, each craftily throughout the course of the day. My football watching capacity will be more stuffed than the poor turkey roasting away in the oven.

Just when it seemed that football on TV is enough, there is more. The casual Thanksgiving football game amongst friends is long-storied tradition that will not soon die. It is a way to blow off some steam by tackling or two-hand touching your friends and family. However, some people take it too far.

Competition between teams can escalate, resulting in trash-talking and unnecessarily disrespectful celebratory touchdown dances. Nobody likes the guy who actually tried his hardest and bragged about his six rushing touchdowns at dinner.

The most ridiculous part about Thanksgiving football has to be the day’s MVP, known as the Galloping Gobbler. Birthed by the great John Madden, the Galloping Gobbler is awarded to the NFL player whose performance stood head-and-shoulders above the rest. There’s nothing wrong with a little recognition, but the game announcers never fail to mention the award every 20 minutes. Either they are really captivated by who will win this silly hardware or it’s a longstanding joke to see how many times they can say the words “Galloping Gobbler” in one broadcast. My hope is that it is the latter and that these men have some sense of humor.

And if this was not bad enough, an annoying turkey that is supposed to represent the Galloping Gobbler comes on before and after each commercial break with a robotic gobble that sounds like bad dubstep.

This year, the NFL season also coincides with Christmas Day. Usually dominated by NBA basketball, Christmas Day will now be a sports bonanza, leaving very little time to enjoy the real meaning of the holiday.

The NFL should do us all a favor and only play one game on Thanksgiving; don’t steal the pilgrims’ thunder.