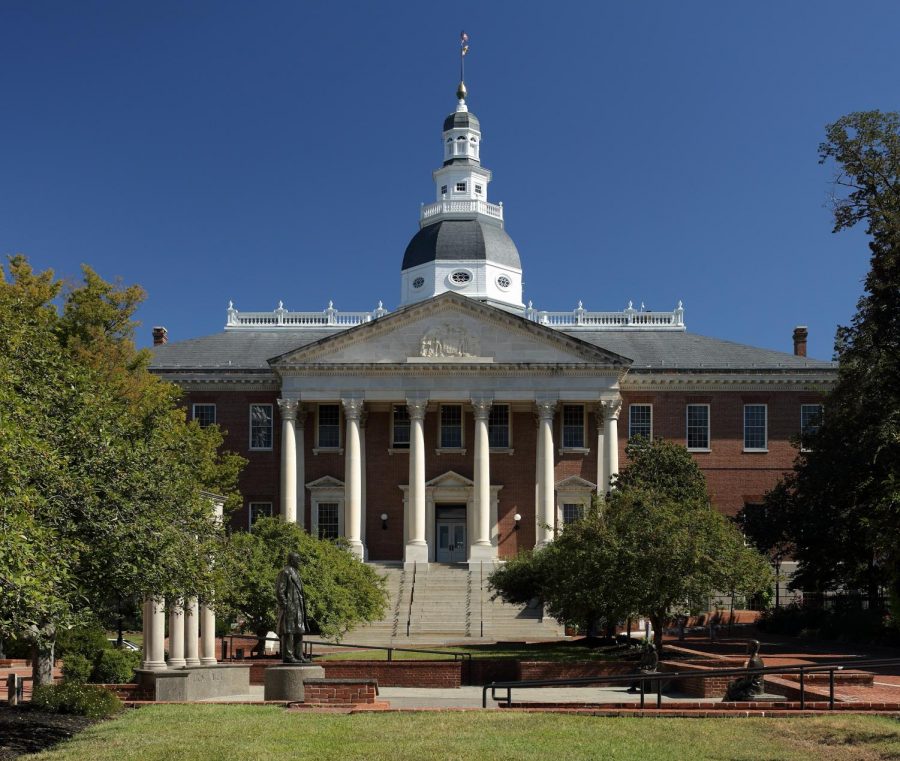 The Maryland General Assembly passed two new bills that aim to increase minimum wage and to allow public school districts to choose when to start school. The two bills were met with opposition from Gov. Larry Hogan, who vetoed both bills but were both overridden by the State House and Senate.

When looking for a part time job, most will value salary over enjoyment and experience. However, with the new increase in minimum wage, that tradeoff may not exist anymore.

The Maryland General Assembly (MGA) approved a bill March 20 that would increase the state’s minimum wage to $15 an hour over the course of a few years. Currently, the minimum wage is set at $10.10 an hour, with the estimated yearly wage around $21,008.

“Since I am currently looking for a job, this is definitely beneficial,” senior Jason Chung said. “With more students looking for jobs, it helps to give an incentive to find one, especially since summer is right around the corner.”

According to a March 28 quote by Mike O’Halloran, director for the National Federation of Independent Business, the jobs that pay minimum wage are integral to the state’s economy. The hope is the increased wages will continue to help those currently searching and working those jobs.

The approved bill was met with heavy opposition from Gov. Larry Hogan. When Hogan first came to office, he advocated for small businesses and improving the state’s economy. With those two agendas on his mind, he decided to veto the bill March 27, sending it back to the MGA.

According to a March 15 NBC4 Washington article, Hogan vetoed both the minimum wage and school start date bills, claiming that the wage increase would hurt the state’s economy since it would mean that businesses would lose revenue; the school start date change would also contract the state’s economy since the lost week would mean less people are spending on local businesses and the cost of schools to open would be paid a week before.

With both bills sent back to the MGA, Democrats in the Senate managed to override both vetoes with a 32-15 vote, while the House voted 96-43 in favor of the bills. The bills were quickly approved and will be put in effect at the start of 2020.

In addition to benefiting workers, the increased wage aims at improving conditions within low-income households. While opponents argue that the wage increase will hurt small businesses, proponents insist that by helping those in need, such as those who are struggling to afford rent, the money will be recycled back into the economy, benefiting the state as a whole.

With the state’s minimum wage changing, another aspect is being changed as well: public schools’ start date. Back in 2016, Hogan issued an executive order mandating all public schools to start school after Labor Day and end before June 15 while fulfilling the 180 instructional day requirement. However, a bill to change those start and end dates passed along with the minimum wage bill and could take effect as soon as the 2019-2020 school year.

Proponents of the delayed start date argue that by waiting an extra week to start school, families could continue enjoying their summer vacation, which could mean spending more at local businesses. By spending more, Hogan argues that the state’s economy would also expand by saving money on the cost to open schools.

According to an Aug. 2016 WTOP article, a 2013 study found that the later start date could save the state $74.3 million since schools would continue to be closed for an additional week, along with not having to pay teachers until the school year starts since most are paid on a 10-month schedule.

Opponents argue changing the calendar to comply with the dates is difficult, since the lost week results in removing numerous holidays and shortening breaks. Furthermore, teachers have less time to prepare students for the AP exams in May, and since those dates do not change much from year to year, they will have to teach more in a less amount of time, which causes some to become stressed out when creating lesson plans.

All in all, the MGA persevered through Hogan’s backlash, managing to increase the state’s minimum wage and change the start date for public schools. While the wage increase has numerous consequences, the start date will revert school systems to previous times, so those consequences are already known. With both bills taking effect in the new year, only time will tell how both will change Md. as we know it.