New and improved vending machines make it to WCHS 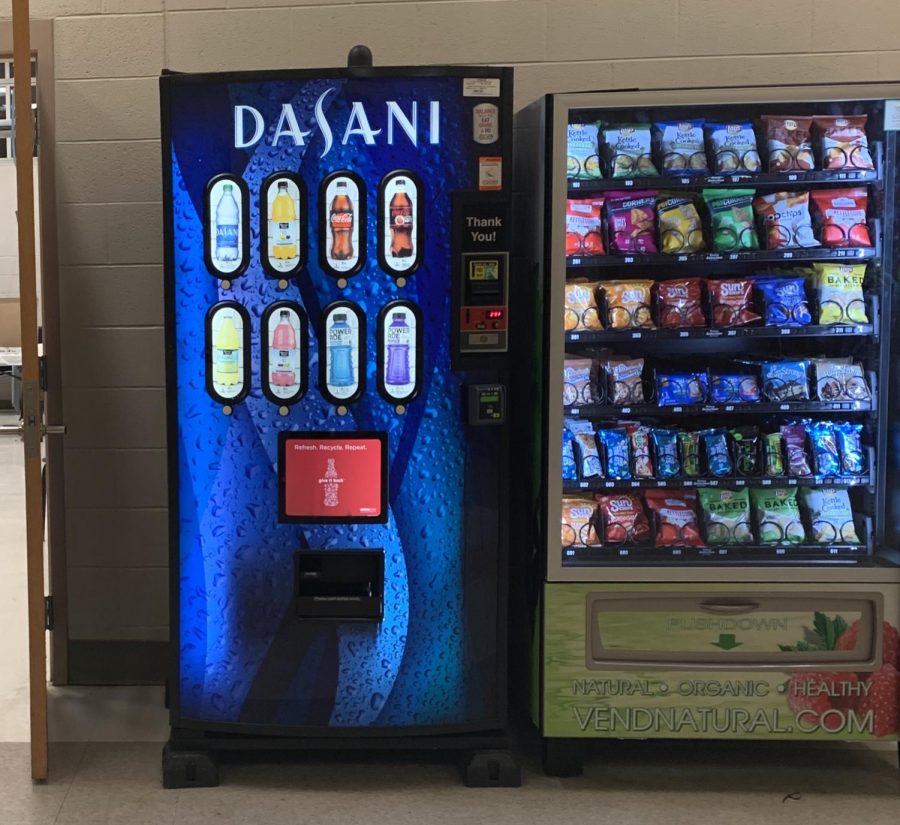 Many WCHS students tend to satisfy their daily hunger with snacks from the vending machines spread throughout the school. With multiple machines and a variety of contents in each, it is hard to be unhappy with the selection.

However, after recent replacements of the vending machines, students have started to notice that some of these machines are often turned off or displaying the words “mach.disabled.” This has led to frustration and confusion among students as to why it is happening.

“I prefer the old machines, only because I could use them during the school day sometimes,” junior Hannah Hankim said. “But now it feels like they’re no point because I can’t use them at all.”

School Business Administrator Lisa Wellek says that WCHS administration is not to blame for these changes.

“MCPS made a county-wide decision to change companies for vending services,” Wellek said. “The county considers many factors when selecting a company, such as customer service and price.”

According to Wellek, MCPS has two ways of classifying vending machine food: compliant and non-compliant. Compliant foods meet both the federally recommended and MCPS required nutritional guidelines to be served during their school day while non-compliant foods do not. The difference may be as simple as a whole-grain and a regular Pop Tart.

Although many of the machines tend to be down more often than in previous years, students still enjoy the new and greater variety of options.

“I definitely prefer the new machines because they have better food options,” said Holly Hebden, who frequently stays after school for tech crew.

Despite what some students may believe, the change in machines has actually led to more availability in snacks during and after the school day.

“Prior to the differentiated machines, compliant and non-compliant foods were intermingled and all machines were disarmed during the school day regardless of nutritional profile,” Wellek said.

While these changes may have led to some difficulty in getting certain foods, overall, they have allowed WCHS students to gain access to more snacks than ever before. There has also been an emphasis on keeping the machines full and functional.

“Because the new provider has been stocking machines regularly and there is a greater selection of snacks, more students and staff are enjoying these new vending machines,” Wellek said.