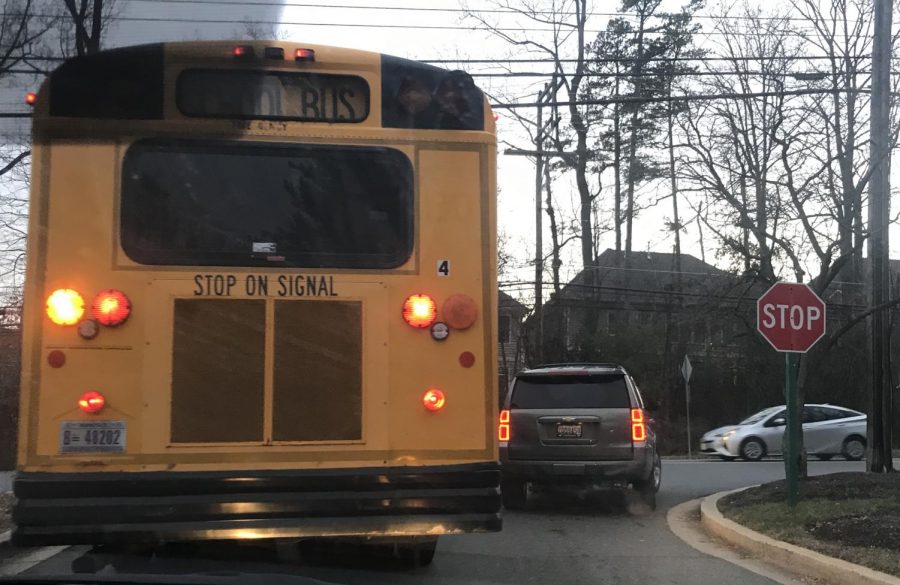 Last month, two MCPS students were harmed in vehicle collisions near school bus areas. Both of these incidents have led members of the MCPS community to wonder what safety regulations are needed to ensure that students will be safe on their way to school.

On Dec. 12, Sophia Chen, a 9-year-old from Bradley Hills Elementary, died after getting hit by a MCPS bus in Bethesda. She was struck soon after she got off from her school bus at around 3:48 p.m. and sent immediately to Children’s National Hospital in Washington, D.C. She died that night.

Just one day later, 17-year-old Eyal Haddad from Walter Johnson High School was seriously injured when he was hit by a Jeep Renegade, just as he was crossing the street to board his bus. He was sent to a local hospital with life-threatening injuries.

“Pedestrian safety in Montgomery County is becoming a bigger and bigger issue,” Wood said. “This should be a priority for the whole WCHS community, especially since the accident involving Jake Cassell.”

According to Principal Heckert, bus pick-up was changed last year to make the area safer. Before, there were two crammed rows of buses, so students would walk in between buses; but with the new changes, parents cannot pull into the bus loop until the buses leave.

“Every morning, when I drive here, I see a lot of parents and students that do not follow the rules either,” Heckert said. “They stop in the middle of the street and let kids out when they shouldn’t be.”

At WCHS, there are 90 parking spots and 150 street spots. Since new student drivers are common, there is an increased need for careful driving and pedestrian safety. Many staff, students, bus drivers and parents drive to WCHS every morning and afternoon, creating a high-volume atmosphere.

“Some people are making each other vulnerable with their driving choices and we have a lot of traffic in this little community,” Heckert said. “In an ideal world, everybody would take the bus, and we wouldn’t have all of these cars to compete with.”

Junior Tiffany Sun expressed her grief for the two students who were injured or killed in last month’s accidents.

“We are taught that schools are supposed to be safe for us, including the school bus,” Sun said. “It just makes me have a little bit of anxiety over the system and how we handle student safety.”

Sun emphasized that drivers need to be more patient and pay more attention to school bus stop signs, when students are getting on and off their bus. Waiting a few extra seconds isn’t worth the end of someone else’s life.

“If an accident lasts, it’s an entire life,” Sun said. “You’ve just taken it away just for two minutes of your time.”