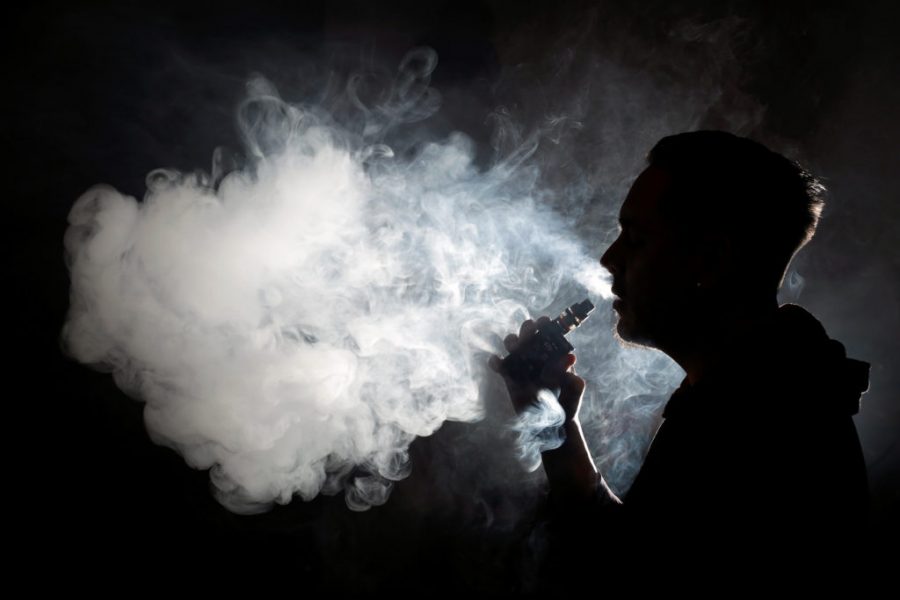 Although they were originally designed to help addicts quit smoking tobacco, e-cigarettes have found a new and dangerous use among youth.

By Miranda Chung and Ohio Meshanko

To date, more than ten teenagers have been confirmed dead as a direct result of e-cigarettes, or vapes. Last spring, some anonymous WCHS students were found intoxicated in a bathroom due to vaping. One student even had to be picked up by ambulance after another vaping related incident.

E-cigs were originally meant for those quitting tobacco, but the products quickly found widespread use among teenagers under the belief that they were completely safe. However, this assumption has quickly changed. Now, even as new studies show the dangers not originally known about vaping, its use still poses a huge threat to students across the country.

According to the 2019 Monitoring the Future Survey, an annual behavioral survey of American teens, 1 in 4 high school seniors and 1 in 5 sophomores reported using an e-cig in the past 30 days – a 4.5% increase from last year. Nearly 12% of seniors surveyed reported using a vape on  20 out of the past 30 days, a clear sign of addiction. However, surveys like these only account for those being honest—which many aren’t.

Principal Brandice Heckert deals with this problem on a regular basis and tries to confront the problem head on. Unfortunately, it has proved harder than expected.

“I think that one of the problems is that it’s hard to measure how many students are using vapes, or what exactly is in them,” Heckert said. “We can’t get access to accurate data so it’s difficult to know the extent of the problem.”

Vaping is a rapidly evolving problem, making it difficult for officials to record the exact cause of the illnesses or deaths. Experts have not yet determined the exact common device type, brand or drug in many of these cases. This could mean that all these illnesses are caused by the same issue, or that these different cases are different diseases but with the same symptoms.

“Kids are under the impression that it can’t happen to them, but data shows it’s only a matter of time until it does,” Heckert said.

Since June, 530 people in the US have been hospitalized and diagnosed with lung illnesses tied to vaping and eleven people have died. New studies released by the Center for Disease Control and Prevention confirmed that there have been cases in 38 states and one territory, and the numbers are only expected to rise.

“It’s hard to know how many students participate, but it’s something we see every day,” WCHS nurse Deborah Stapleton said.

WCHS is still trying to fight back in the midst of this crisis. The necessity of action was made clear last spring after an anonymous student was hospitalized due to an adverse reaction from a vape.

The fight against vapes in school extends beyond the school level, with MCPS hosting its own county-wide task force aimed at educating parents and combating the sale of vapes to minors in Montgomery County.

It seems like one thing that could turn the tide is peer influence, something the school administration has trouble with.

“Ideally, a student that feels uncomfortable should be able to say to their peers, ‘I need you to stop that’,’” Heckert said. “Unfortunately, I don’t feel like that’s really happening yet, but I do acknowledge that it is hard to do.”

It seems like a new drug epidemic surfaces every few years, and today is no exception. Vaping is simply the latest in a pattern of drug addiction crises that have ravaged the US in recent decades. However, it is a preventable catastrophe. With proper education, legal regulation and peer influence, the vaping epidemic will hopefully come to a close in the near future.