Speak Up inspires WCHS to stand up to bullies 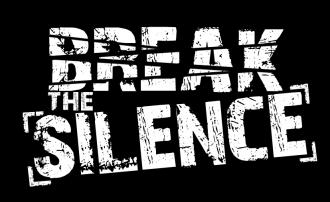 The new "Speak Up" campaign at WCHS aims to be a medium for students to use their voices and express their feelings and experiences in a safe space. The campaign began with a group of students from various clubs and organizations at WCHS and has since grown to reach other students with similar interests, experiences and goals.

Teasing is an inevitable part of growing up: almost everyone goes through it. However, when this teasing becomes repetitive with the intent to hurt someone, it becomes a more serious issue.

According to the National Bullying Prevention Center, over one in five children and teenagers report to have been bullied at school. This ridiculously high number is a result of those who make insensitive and hateful comments towards others, making them feel alone and ignored. The “Speak Up” campaign taking place this Apr./May at WCHS hopes to lower this number to make more students feel comfortable and included at school.

The “Speak Up” campaign is a movement at WCHS that gives students strategies to put an end to acts of hate at school. This is accomplished through sticking up for oneself or another student, making it known to someone that their comment is offensive.

“The ‘Speak Up’ campaign gives students, staff and parents a common a method to be able to address issues in a way that voices are able to be heard,” Ms. Heckert, WCHS principal, said.

The campaign is based off of “Teaching for Tolerance,” which is a nationally recognized program that gives students strategies to validate feelings of others or themselves. The four main principles of this program is to question, educate, interrupt and echo.

“These four easy tenets are for everybody to adopt and allow for people to feel like they have a support system,” Heckert said.

Within our school, the “Speak Up” campaign aims to make sure that bias or ignorant language is put to an immediate stop. The ultimate goal is to build community through compassion and tolerance.
“It is important for people to be treated equally,” sophomore Ben Scheck said. “Hopefully people learn to think before they speak.”

For those students who feel as though their voices are not always heard, the “Speak Up” campaign can help them learn a variety of strategies to express their feelings. This way they no longer feel that they are alone.

“Often times students feel dismissed when their peers make comments that are ignored and not addressed,” Heckert said. “Having four clear tools and resources gets everyone on the same page when addressing these uncomfortable situations.”

Another key point of the campaign is the importance of not being a bystander. Sitting back to watch these situations unfold allows acts of hate to proceed, which will cause students to not feel welcomed and tolerated at WCHS.

“If we sit by and allow people to hurt others, we are not creating the environment of everybody feeling like they belong,” Heckert said.

As mentioned before, the four tools are some of the easiest ways to not be a bystander.

Questioning:
When someone says something offensive you question them to see what they meant by the remark.

Educating:
When you educate someone on why what they said is offensive and may not be what they intended to say.

Interrupting:
Putting a stop to the remark versus walking away.

Echoing:
When someone interrupts an offensive remark, someone else would reiterate what their peer previously said.

“It is important to stand up for others when they are in uncomfortable situations as I would want someone to do the same for me, ” sophomore Isabella Caraballo said.

During the month of Apr., the first “Speak Up” event took place during student’s fourth period classes. Students watched a video explaining the goals of the campaign and the importance of tolerance. Some of the main points of the video was to speak up with phrases such as, “That offends me,” or “Why would you say something like that?” in order for ignorant language to be stopped. It focused on the four tenets and how students can use them, which shows that there are many ways to “Speak Up”.

“We want to talk about those scenarios and create a climate in the classroom where students have the ability talk through different situations,” Heckert said.

Overall, the big picture of the “Speak Up” campaign is to make sure students leave WCHS having the knowledge to go out into the real world and be able to deal with insensitive people in the best way. Unfortunately, the reality is that not everybody is thoughtful to other people’s feelings, which is why the message of “Speak Up” is so important.

“It is very protected bubble that we have here at WCHS and for the most part everybody gets along but that is not always the way it works,” Heckert said. “At the end of the day, we want to make sure that when we leave here we are giving good life skills to deal with situations outside of these halls.”