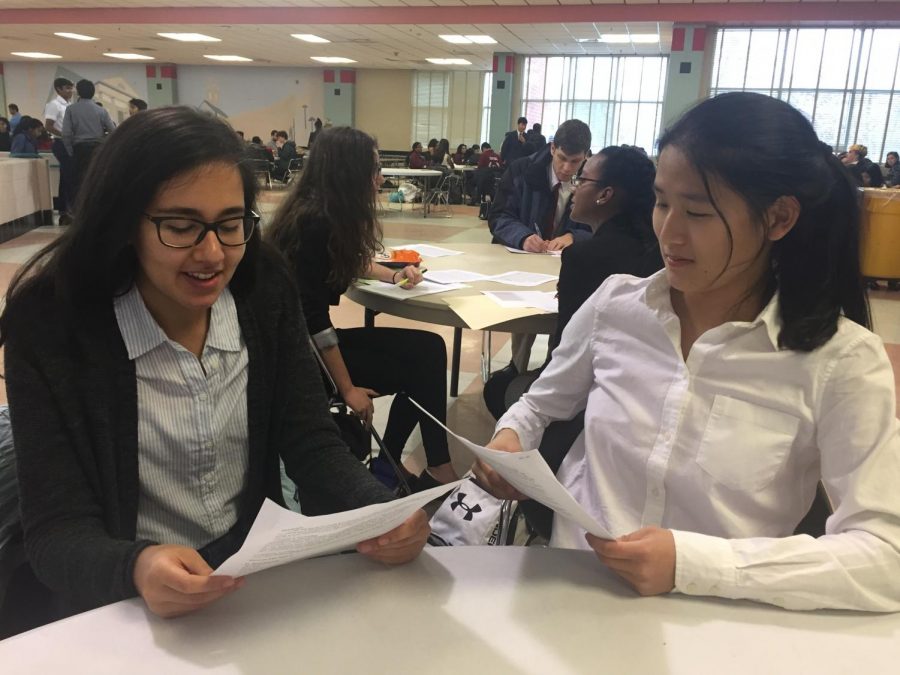 This school year, the WCHS debate team gained three new sponsors: Scott Rivinius, Kevin Doherty and Evan Rosenthal. Previously, the team has gone through two faculty sponsors over the past two years.
These three social studies teachers decided to step up and sponsor the team after a conversation during lunch and now lead the debate team, along with the debate captains.

“It had gotten around in the Social Studies department that students were looking for a faculty sponsor,” Rosenthal said. “Mr. Doherty, Mr. Rivinius and I had been involved with debate in somewhat shape or form in the past, and each of us voiced that kids who wanted to participate in debate should have an opportunity to do so. We got together and said three heads are better than one, so let us do it all together.”

The team has been preparing for their debates by meeting every Monday during lunch and every Thursday after school. Already having attended two Montgomery County Debate League tournaments this year, multiple WCHS members have had success competing on the national circuit.

“We mainly do public forum debate, where teams of two debate either affirmative or negative on a resolution released once every two months,” senior and debate captain Adlee Heshmat said.

Topics, also known as resolutions, are decided by the tournament hosts, and students have the opportunity to do their own research and put together a case.

“Our team has undergone significant transformation thus far,” Heshmat said. “I am optimistic it will continue to rapidly change over the next few months. We finally host much needed after-school practice, expanded the scope of competition to competitive local leagues and the national circuit tournaments and are currently looking into accommodating a rigorous practice and coaching regimen.”

Along with competing for their school, many WCHS debate students also compete outside of school at universities nationwide.

“It is an awesome group of students,” Rivinius said. “It is a talented group of kids that are passionate about debate. We have had pretty good participation, and we are trying to make debate fun for the students and have it be student driven.”

No prior skills are required to join debate and all are welcome. From learning the basics to becoming a top debater, it is very rewarding to see.

“What I like about debate is the sheer dedication and enthusiasm of our students,” Heshmat said. “Though I am far from a good debater, it is absolutely captivating to see novices gradually grow into national circuit debaters.”

With around 70 registered members, the WCHS debate team is optimistic about their future. Whether it be the practices, meetings or tournaments themselves, all the hard work certainly pays off.

“With our new sponsors and a boatload of excited novices and varsity debaters alike, we are finally in a position to make strides in turning WCHS debate into a nationally viable and acclaimed program,” Heshmat said.