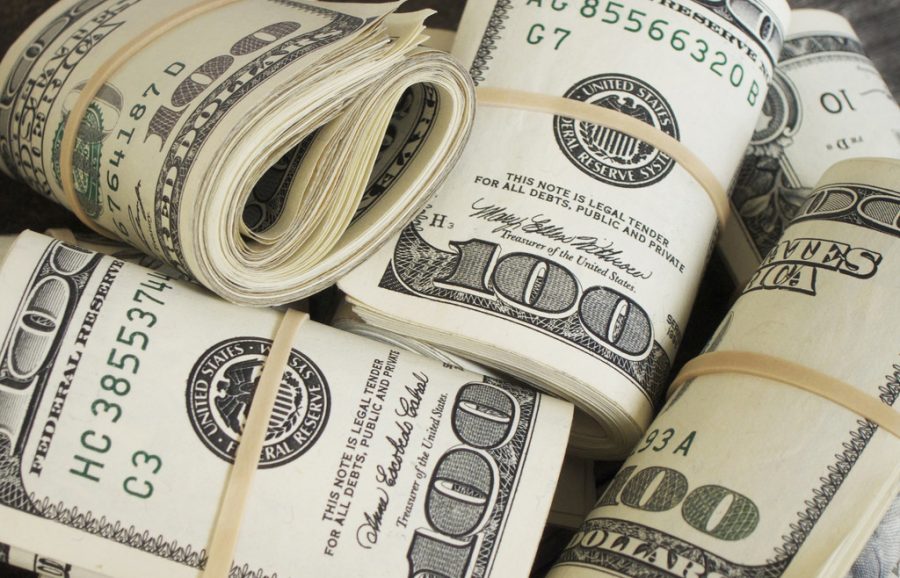 MCPS has a $2.519 billion operating budget for Fiscal Year 2018 to fund operations for the 204 schools included in the county.

While MCPS may be adequately funded, there are still alarming disparities within the county concerning planned distribution of resources to schools and funding for such resources.

“My  impression is that, within the county, we actually do a pretty good job of routing more equal and more official funding from MCPS to schools in areas with greater need,” Blair High School teacher and Montgomery County Council candidate Samir Paul said.

This disparity isn’t always the fault of unequal funding, but rather the fact that certain schools have a better ability to provide for their schools aside from money allocated from the county budget (such as with fundraisers).

“There are other ways in which schools end up with different amount of resources,” Paul said. “A good example of it is the fundraising capacity of the parents. At schools like Churchill or Whitman, the parents are good at [fundraising]—there’s a strong history there.”

Still, it’s going to take more than just fundraising by parents and students of MCPS to bring more funding and better resources to schools.

“The fact is, all of our schools are doing more with less and they have been ever since the 2007 financial crisis,” Paul said. “If we want to spend money on our schools the way they deserve, it’s going to take action at the state level.”

One course of action that teachers in underfunded counties in the country, such as West Virginia and Oklahoma, have taken, is going on strike until members of congress adequately address their needs. In the US, striking by teachers is illegal in 37 out of the 50 states, including Md.

According to a Mar. Education Week article, During the 1950’s and 60’s there were sometimes hundreds of strikes per year by teachers who were focused on getting school boards to recognize their right to bargain. Strikes in the 1980s focused on staving off budget cuts and defending teacher rights from previous years. Since the 1990s, striking by teachers has lessened substantially and since 2010, there has not been more than 13 strikes in a year.

Although striking is illegal in Md. and other states, teachers are still making sure their concerns are heard in whatever way they can.

On Apr. 4, teachers at Anacostia High School in D.C. walked out of school to protest the building’s conditions.

According to an Apr. Washington Post article, Anacostia teachers said they readily work long hours each day to help their students, and a graduation scandal (which revealed 70 percent of the 2017 graduating class graduated in violation of city policies) paired with an evaluation system that ties teachers’ salaries to their performance already put enough pressure on them. Showing up to school with broken plumbing and little warning felt like another injustice.

The walkout was not planned far ahead of time, but rather was a last-minute decision motivated by  harsh conditions in the school teachers saw that morning.

According to the previous Apr. Washington Post article, the cafeteria was flooded and no toilets were functioning when staff arrived at 8 a.m., after which they decided to organize a walkout at 9:30 a.m. The staff and students were offered the option of using the restroom facilities at the neighboring middle school two blocks away, which increased frustration.

At CHS, it’s more unlikely that there would be a strike or walkout by teachers due to inadequate facilities or infrastructure.

According to Principal Joan Benz, if a parent or student saw anything that needed attention, support would be called for immediately.

Throughout MCPS, both money and resources are allocated to assist schools when issues arise.

According to Benz, MCPS is strong in its its infrastructure, especially with deteriorating buildings or utilities. There is a “great system” for reporting a problem and having people come immediately on a crisis basis.

Still, there is more that could be done to provide for the well-being of schools, teachers and students county-wide.

“I think MCPS does a good job—not a perfect job—but a good job, of making sure our budget is equity-minded, but I think we need more resources for our schools,” Paul said.

“I’m really inspired by all these teachers across the country, particularly in places like Kentucky, West Virginia and Kansas, and it’s pretty powerful to see them stand up,” Paul said. “There’s a real need for teachers to lead in that way and you can see that people agree with them. Teachers have an important moral voice, so I think it’s really powerful.”