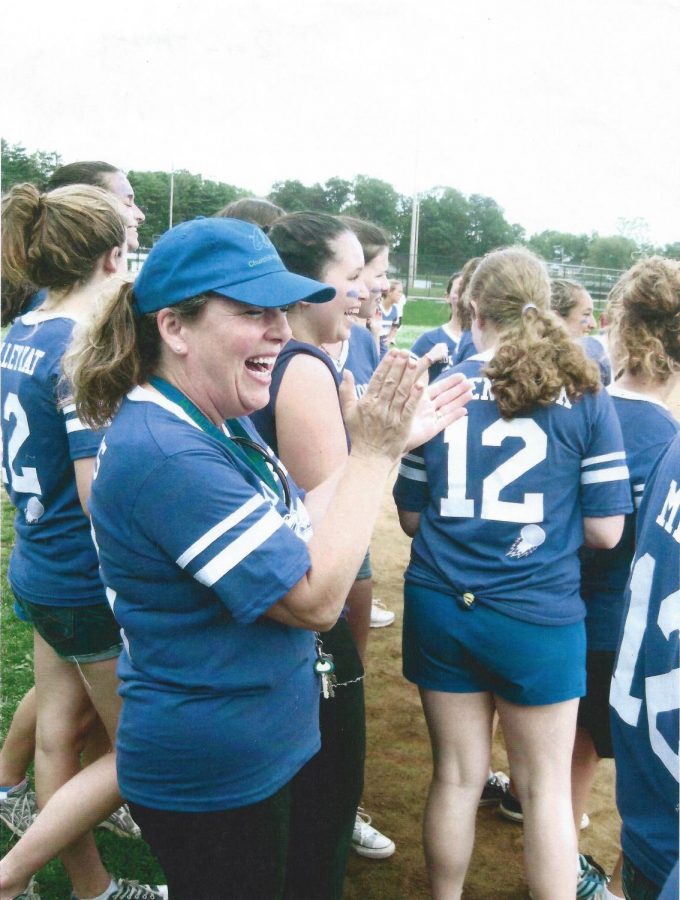 Brandes cheered on the Class of 2012's girls during their annual Powderpuff game.

After working in two states and three counties, CHS assistant principal Doreen Brandes plans to retire Feb. 1 after leaving a lasting impact on CHS for the past 10 years.

Brandes started her career off as a middle school English teacher in New Jersey, to being a principal at an alternative school for students who were expelled for over 10 years, to an administrator and assistant principal for some middle and high schools. She was a principal of a middle school coming into MCPS, then transferred to CHS where she has been ever since.

The relationships Brandes has developed throughout the years with the students and staff at CHS made it heartbreaking for her to step away from her job.

According to Brandes, getting involved and meeting students is one of the best parts of the job. Brandes became an administrator early in her career, knowing she could then reach out to more people and have a bigger impact on policies and student life.

An average day as an assistant principal is very busy. Everything that happens keeps her on her toes, making it one of the job’s best attributes.

“You can always count on the unexpected and that is what makes the job so fun,” Brandes said.  “Day by day, year by year, it flies by and before you know it the class you’re assigned to is graduating.”

After a decade at CHS, Brandes is excited to cross some things off her bucket list, such as traveling and spending more time with family and friends. Brandes loves to travel and she’s determined  to travel to every single national park with her husband. She plans on traveling internationally and exploring new countries with friends.

“I’m going to take classes at the Smithsonian and at National Geographic,” Brandes said. “I want to go just to learn.”

No tests, no papers, just a never-ending desire for knowledge. Brandes also hopes to help out at the Kennedy Center if needed, as she attends lots of theater and ballet performances there. In addition, Brandes has a degree in autism spectrum disorders, and retirement will allow her to pursue her interests in special education and autism in the future.

“I’m looking at the avenues of autism,” Brandes said. “I oversee the Special Education and Autism departments here, and I’ve learned so much from students so I want to give back too.”

Brandes has left her mark on CHS and is looking forward to the next chapter in her life. Throughout her career, working with students is the toughest part for her to walk away from.