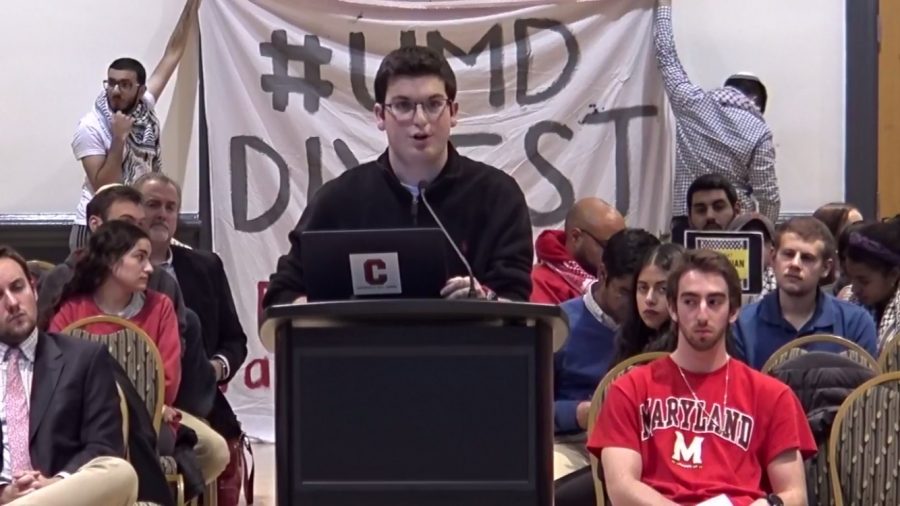 By Julia Lescht and Max Kandel

Throughout the last few years the Boycott, Divestment, Sanctions (BDS) movement has become prevalent among U.S. college campuses as various Student Senate groups hold votes on whether to enact or promote BDS at their universities. Most of the time, these resolutions are non-binding, as in the college does not actually implement it.

BDS is a Palestinian led movement that, because of alleged human rights violations committed by Israel on the Palestinians, calls for boycotting Israeli goods and products as well as any company that supports Israel. This movement is spreading across college campuses nationwide and was most recently struck down at nearby University of Maryland-College Park (UMD).

“We (the opposition to BDS), will continue to do our thing, continue to educate and continue to show that Israel has a strong premise on campus,” said 2017 CHS alumnus and current UMD freshman Dan Alpert. “We won’t let BDS have a negative impact on campus.”

BDS proponents want their movement to shed light on proclaimed human rights violations and hurt Israel’s economy, while people against the movement believe its roots are Anti-Semitic and offer no solution to achieving peace between Palestinians and Israelis.

“The BDS movement to me clearly exercises their right to free speech and protest,” senior Mariam Hashem said. “I won’t join either group if the school I attend has them.”

BDS   works on through divestment resolutions and referenda from various Pro-Palestinian groups and clubs at universities This referenda is in turn debated and voted on by the student government at the university, who choose whether to allow or deny BDS on campus.

“The organizers for the BDS bill we had last month had a survey in their bill which cited over 100 or so signatures, which is a very, very small percentage on a campus this big,” Alpert said. “While a survey from Terps for Israel had over 1200 against BDS, and I believe an alumni one had a similar amount.”

To promote the movement, many pro-BDS clubs hold Israeli Apartheid week and Palestinian Awareness week, as well as several other events to convey their message to fellow students and faculty.

“I will take an active political voice at the college I attend,” senior Isabel Namath said. “I want to go to a school where I will not feel attacked for supporting Israel or being Jewish.”

With the prevalence of social media in today’s world, access to information and world news is at an all time high. Students can reach just about any news outlet via their cell phones from anywhere, and there is even an app that sends the user alerts and headlines any time any of the major media sources publish breaking news stories.

“Make sure to do your research whenever you see something related to BDS come up on any campus, or at a campus you end up at,” Alpert said. “I can’t stress it enough, but things will be misleading, or just not fully clear, so read the bill, read articles about the bill, read responses from administration, just read. Research until you think you could do a project on it, and then talk about what’s going on. It’s not good to talk about BDS if you don’t know what’s really going on.”

This allows students to constantly be aware of their surroundings and political climate and additionally helps to encourage students to be proactive in their environment.

“One person has the power to create change, and if they want to go to a school that happens to have a large group supporting BDS, then stay with your decision and use the power of your voice to oppose it and make moves on that campus,” Alpert said.