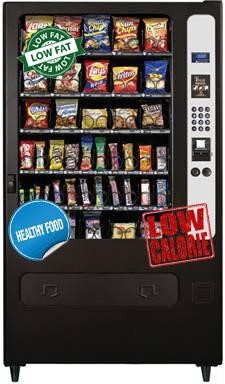 Along with the new food standards, all vending machines that offer soda or other carbonated beverages must also offer bottled water as well. The measure is a variation on strict rules on vending machines already implemented in all MCPS schools.

According to Shawn McIntosh, the executive director of the organization Sugar Free Kids Maryland, studies have shown that children who drink one or more sugary beverages a day are 60 percent more likely to become obese.

The legislation revolves around giving kid a healthier choice when they go to get a snack from the vending machine.

According to the radio station WTOP, all food or beverage items will be required by the new law to have less than 0.5 grams of trans fat per serving and less than 200 milligrams of sodium per package. Any beverage will need to be less than 250 calories per 20 fluid ounces.

Although the measure may appear to be unopposed, vending machine companies may see a drop in sales, and some have spoken against the legislation.

According to Ellen Valentino, executive vice president of the Maryland-Delaware-D.C. Beverage Association, the legislation comes at a time when the beverage industry is already doing an exceptional job providing beverage choices for vending machines.

Valentino’s association believes that they have already taken the necessary steps to make vending machines healthier altogether, adding that they have voluntarily placed clear calorie labels on the front of all of our bottles, cans, and packs.

These proposed changes will be implemented in July, and while CHS student will likely not see a large change at school, vending machines across the county will look a little bit different come fall.