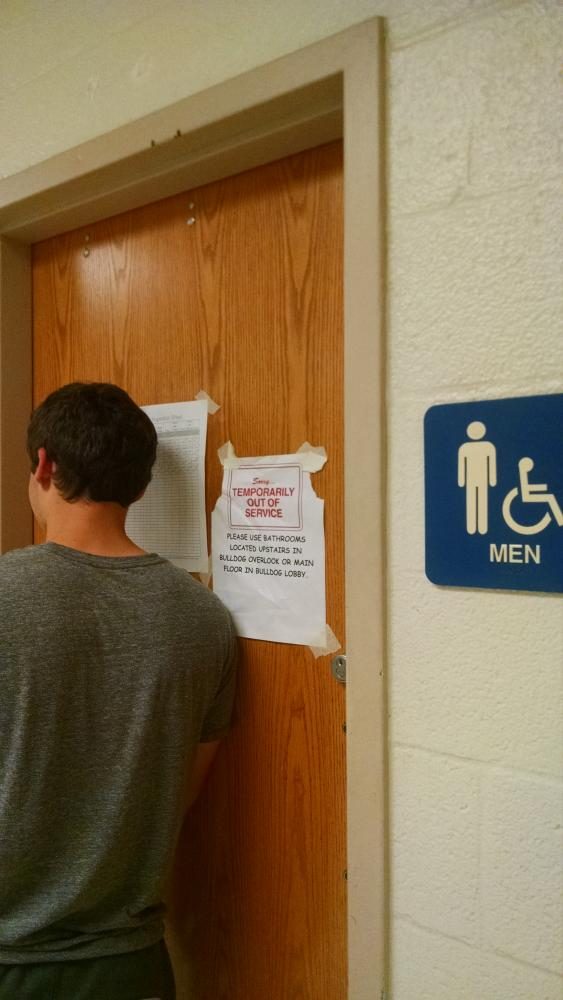 By Emily Wang and Balbina Yang

CHS has enacted a bathroom directive as of April 2017, which calls for several of the boys’ bathrooms to be locked at all times.

The two bathrooms in the foreign language hallway as well as the bathroom across from room 152 are included in this initiative.

“[The] purpose is to eliminate widespread bathroom use so we can monitor the ones that are open more closely,” security team leader Terry Bell said.

Moreover, along with the locked bathrooms, there is a log for students in class to fill out in order to be excused.

According to Principal Joan Benz, the sign in and out sheets are for “teacher use and collection” to find out who is there if something happens. This will give both students and teachers more accountability.

After the alleged rape in Rockville High School, and with the prevalence of graffiti in the boys’ bathrooms during the school year, CHS has striven to safeguard against such actions; in this case, by restricting bathroom use.

According to a March bulletin from Superintendent Jack Smith, the Department of School Safety and Security will be conducting security reviews at all schools, and assessing areas and procedures for managing students outside the classroom.

“The bathrooms will be locked for an indefinite period of time,” Bell said. “So far, strictly for the boys’ in the language hallways and boys’ lower level across from room 152.”

The bathrooms have become a space for students to mingle during class. With the absence of security cameras in the restrooms, security guards are not always able to monitor students during school hours.
“Sometimes students leave classrooms without passes; It’s even more important now to be able to document that,” Benz said. “It’s not to punish anyone; it’s to get a situation where we can supervise better.”