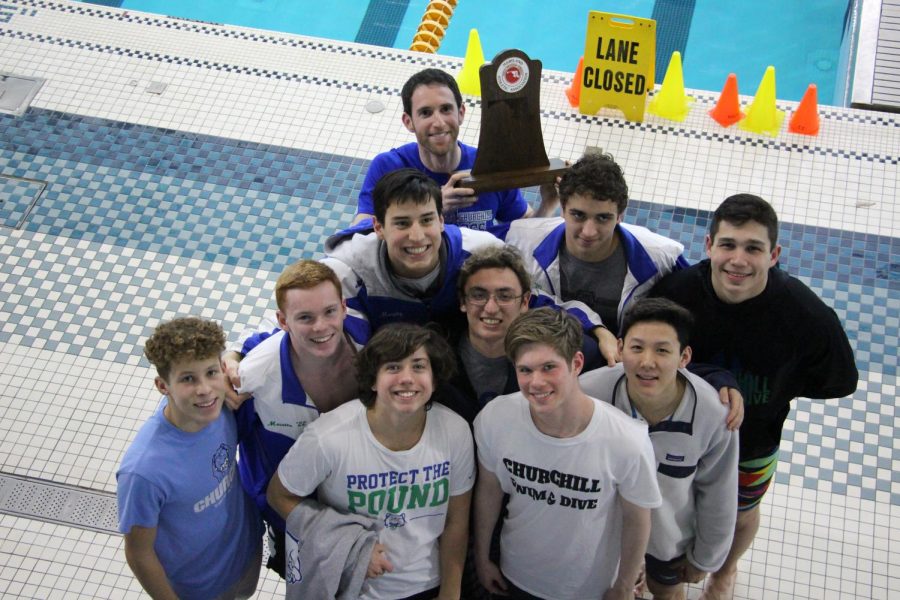 Casey Meretta and his teammates on the WCHS Swim and Dive team pose with their trophy. The won second place at the Maryland State Championships.

After winning first place in the Maryland Public School State Championship the last two years, the WCHS boys Swim and Dive team (CHSSD) had high hopes of bringing home another victory this year. While they came up a little short this year, their hard work throughout the season was enough to lead them to a second place victory.

“I thought we did fantastic,” junior Ben Wang said.

This victory didn’t come easily. The swimmers have been working hard year-round.

“My club group practices eight times a week and then I also add on two extra gym sessions, so I’m working out at least 10 times a week,” sophomore Casey Meretta said.

Although there are in-school practices available, most swimmers prioritize their club teams.

“Mr. Tappis did say that if we are swimming club we don’t have to go to the school practices,” Wang said. “I guess even he knows that club is better suited for our needs than what the school can provide.”

“I’m really out here,” Meretta said. “I got 15th place in both my individual races and we got fourth place in the relay.”

Wang was proud of their results in the relay as well.

“I thought we did great because when we swam we were seated to get eighth, and then we ended up getting fourth place,” Wang said.

With states, comes the end of the season. However, this doesn’t mean the swimmers are taking any breaks.