WCHS golf team members swing their way to the top 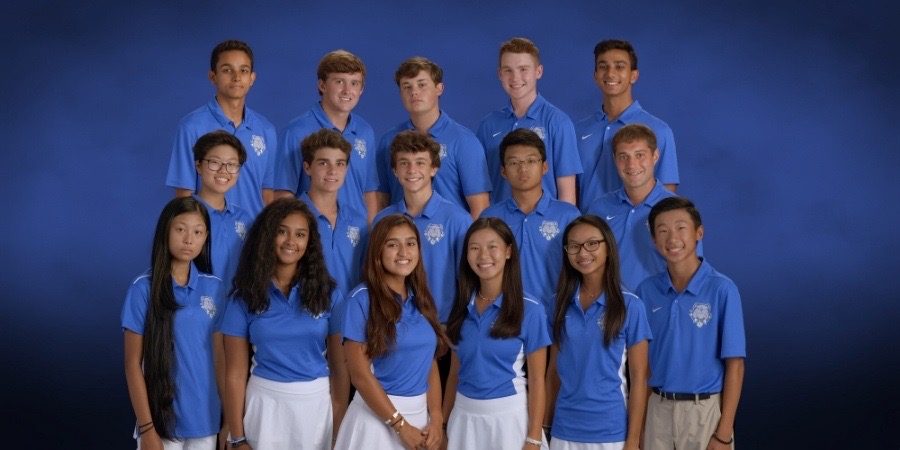 All 15 members of the WCHS golf team worked hard this season leading to the team’s success.

WCHS golf makes a comeback this year, persisting through everything set in front of them this season. The 15 team members were extremely motivated after missing the cut last year at states.

“We have won the county regular season, county tournament and county scramble. With one of the two days completed at states we have a one shot lead. Essentially, they have accomplished everything possible up to this point,” coach Robert Tarzy said.

The team has won most of the games by a landslide this season, a significant improvement from last year.

“We had a game against Sherwood and other schools and it was our biggest match yet because we lost to Sherwood the first time we played against them. We beat them by a landslide the second time,” junior Kaylin Yeoh said.

There has been a cumulation of practice three to four times a week, and even practice on the weekends before big games due to the requirement for a high level of commitment and perseverance.

“It’s definitely not easy to get into and requires a lot of commitment and time. There are many instances where we play in high stress and crucial events that require players of the highest caliber to get our team to the top,” junior Hannah Hankim said.

Prior to this season, members of the golf team worked really hard over the summer and played in a lot of tournaments. The team has also improved their mentality over time.

“Everyone has improved their game up to this point. Some have simply grown and gotten stronger. That obviously helps. Some others have made huge leaps in their mental games. That may simply come from growing and maturing as a young adult. Golf is a game of constant disappointments and many of the players have got a lot better at handling disappoints on the course,” Tarzy said.

Another big reason for the team’s success this year is their teamwork and unwavering support for each other. Although golf is more of an individual sport, joining the team is still a fun bonding experience.

“My favorite thing about working with the golf team is watching them all become friends and something of a family. Everyone on the team gets along, roots for each other and supports each others endeavors outside of the team. Learning where a senior is applying to college is way more exciting to me than hearing about a golf tournament score,” Tarzy said.

The team also often has outings together to foster a sense of unity. There is a very fun and welcoming environment, and everyone is always supporting each other by coming out to the matches.

“All of our matches require lots of camaraderie and teamwork, not in the sense that we play together, but we rely on each other for support and motivation. We have team dinners and even went to Bethany Beach as a team trip to encourage more bonding and to make our golf season all the more memorable.”

Although golf is sometimes pegged as a “boring” sport, it has more to it once a player reaches a more advanced level.

“Learning the sport might be boring, but it’s fun once you reach a certain level and playing with others is the best part. It’s also a very mentally tough sport because you’re out there competing for 5 hours straight and you need to keep up your energy and focus to perform well,” Yeoh said.

The team is hoping to continue their success next season, and improve even more.

“We have a really strong senior class graduating. This senior class were freshmen when I started coaching here and helped create the team spirit we now have. It’s going to be difficult to simply replace this senior class. Improving would be a bonus, but I hope to simply reload and move forward at the same pace that we are going now,” Tarzy said.

At states on Oct. 4, the WCHS golf team went on to win the state championship. Hankim and Yeoh placed second for girls and sophomore Jack Pogorelc won fourth for boys.