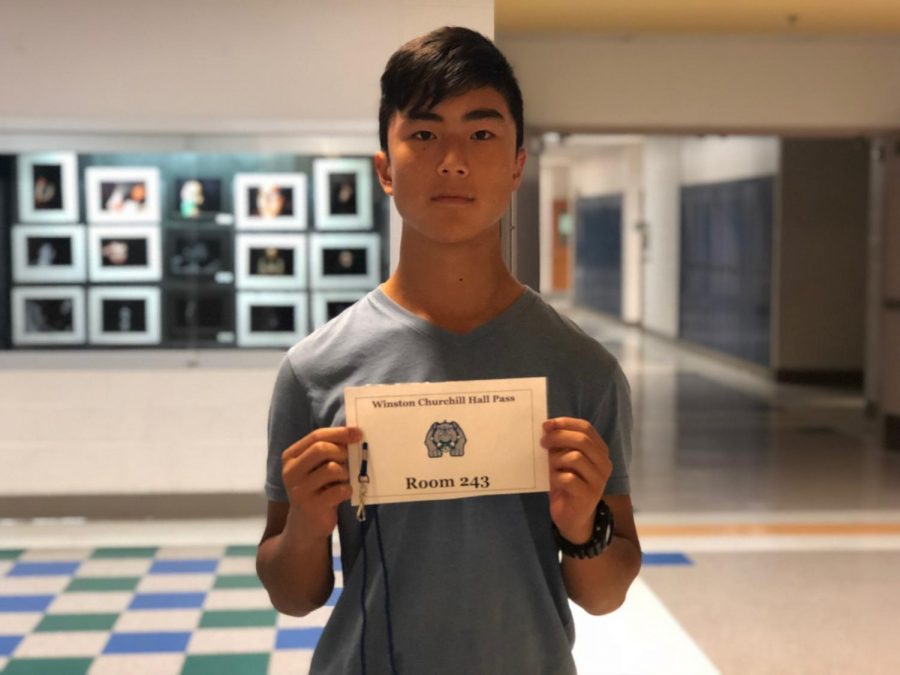 Freshmen Aaron Yue uses a hall pass to use the restroom during class.

This school year, CHS introduced new bathroom and hall passes in order to help teachers keep track of students who leave the classroom during class.

Each classroom gets two passes, and each pass has the room number of the classroom to which it belongs printed on the front. While these passes are meant to better keep track of students’ locations throughout the building, there is an unanticipated consequence that is not worth the extra safety provided by the passes: an increase in the spread of germs. While the passes are laminated and attached to a lanyard, there is no way to ensure that all students who use the bathroom are also hygienic. Some students going to the bathroom may not follow basic sanitary essentials such as washing their hands. Also, the possibility of dropping the pass on the urine and fecal matter laden floor, infesting the pass with dangerous germs, poses health risks for the next person who uses the pass.

According to a 2014 San Diego State University (SDSU) study, experts noticed that after bleaching the bathroom to wipe away all the germs and then testing both the mens’ and womens’ high use and low use bathrooms fecal bacteria dominated especially on toilet seats and soap dispensers. Overall about 45 percent of the bacteria found was of fecal matter.

Both the mens’ and womens’ restrooms at CHS are highly used. During flu season, these passes  can cause an increase in the spread of dangerous illnesses.

According to the University of Rochester Medical Center, by touching the stool of an infected person, an individual could contract diarrhea and rotavirus.

The bacteria that these passes could pick up from the bathroom floor or someone’s unwashed hands have the potential to cause contagious illnesses during flu season. This type of situation is not unprecedented at CHS. After the introduction of chromebooks to CHS, many people easily contracted germs and got sick. They would use a germ infested chromebook and then go to lunch without washing their hands.

While the custodians at CHS clean the bathrooms regularly and do a good job of making sure they are cleaned effectively by a checking off a sheet, it is impossible to completely stop the spread of germs from the bathroom as harmful bacteria surrounds us everywhere.

These hall passes may have the right intentions, but the possible germs and infections that they could spread are not worth the risk of their use.