Extra snow days this Winter have come at a price 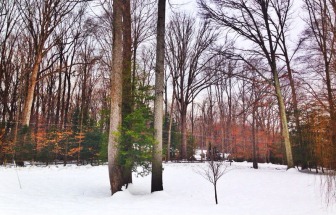 Hot cocoa, sledding, and snuggling by the fireplace. Everyone loves snow days. However, students may have to sacrifice part of their summer for all of the snow days MCPS has had this year.

This year, MCPS added four extra school days to its calendar for emergency closings, but there have been seven snow days so far this year. This means that the county will have to reschedule three extra days to compensate.

“The state of Maryland requires school districts to offer 180 days of instruction,” MCPS Director of Public Information and Web Services Dana Tofig said. “The 2013-2014 calendar for MCPS, approved by the Montgomery County Board of Education, includes 184 days of instruction, meaning there are four emergency weather days built into the calendar.”

One alternative is that MCPS could apply for the Maryland State Department of Education to allow the county to go below the 180-day state requirement, so that they would no longer have to make up the snow days at the end of the school year.

“A decision about whether to apply for that waiver will be made later in the year, once we know how many snow days we’ve had,” Tofig said. “Although MCPS has received such waivers in the past, it is not guaranteed that we will receive one this year.”

A common misconception about snow days is that when they occur during a state of emergency, they do not have to be made up.

According to MCPS Senior Communications specialist Gboyinde Onijala, snow days during a state of emergency are still added to the end of the school year.

“The fact that a statewide state of emergency was declared on February 13 and 14 may make it more likely that a waiver would be granted for those snow days, but it is not guaranteed,” Tofig said. “The district would still need to apply for such a waiver.”

Some teachers’ curriculums are also affected by the large amount of school missed during snow days.

“Everything has to get shifted as far as assessments go,” spanish teacher Gayle Jones said. “The work has to be covered faster. We are not moving past the material, we are just postponing it.”