Left Turn Signal Should be Added to Tuckerman Traffic Light 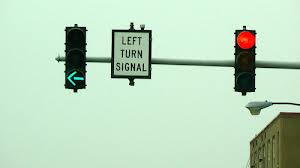 Tuckerman Lane is saturated with cars in the morning before school starts. The congestion is exhausting to drivers and is hazardous, especially for inexperienced teenage drivers who have not been that exposed to busy intersections.

The lack of a left turn signal only makes the situation worse. Such a measure would streamline the traffic flow and make haphazard turns much safer because teenagers would not be allowed to exercise their judgment, which is often not very sound when it comes to road safety.

According to a Nationwide Insurance Company informational page, teenagers can “have difficulty making precise turns” because they have relatively more trouble in “judging distance, location, and speed.” Turning should be therefore be made more protocolized to avoid errors in judgment.

According to nolo.com, an online legal encyclopedia, cars making left-hand turns are responsible for 42 percent of accidents at busy intersections. When drivers are forced to negotiate when to turn rather than turning at preset times, they are far more likely to meet with an accident.

Apart from safety, a left turn signal would prove to be a major time-saver, especially in rushed mornings. Those who are hesitant and overly cautious would not waste the time of others by holding them back till the entire lane of traffic in the opposing lane passes.

Some argue that the left-turn signal will be efficient in the morning for people heading north on Tuckerman Lane in the direction of CHS, and will delay cars in the other lanes throughout the entire day when traffic patterns are reversed.

This would certainly be a problem with traditional traffic lights. However, modern traffic lights are time-specific and can display the left turn-signal only for certain periods of the day, a process known as permissive left turn phasing. Its implementation on Tuckerman Lane would mean that the left-turn signal would only appear in the morning when the left lane experiences the most backup.

According to a U.S. Department of Transportation intersection study, permissive left turn phasing usually leads to both a significant decrease in the total number of crashes and a lower density of traffic flow in the lane which it affects.

The left-turn signal would be an easy and cheap solution to improve road safety and efficiency near CHS. It neither requires a construction overhaul nor the expenditure of human resources like other potential solutions that have been discussed, such as the expansion of the left lane. Its simplicity and usefulness would make the entire system much more efficient, and would definitely make mornings less tense.