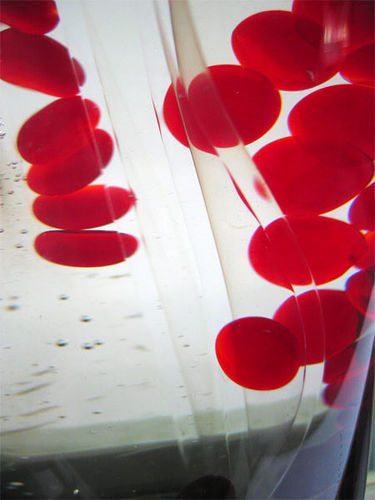 By Spenser Easterbrook and Tyler Mead

John Khier, a pediatric critical care doctor at Boston Children’s Hospital, has recently developed a microparticle capable of oxygenating an organism’s blood for a short period of time. According to a June 28 Huffington Post article, Khier has been using rabbits to test the microparticle, which keeps their blood oxygenated for up to 15 minutes, during which time the rabbit does not need to breathe.

According to a June 29 Gizmag.com article, Khier began his research after a young girl suffered brain damage and died after not being able to breathe. With the promising test results on rabbits, it would appear Khier is close to being able to save patients like that little girl.

article also speculated the microparticle could be used in combat situations, such as if a naval ship were sinking or soldiers had to pass through a toxic environment.