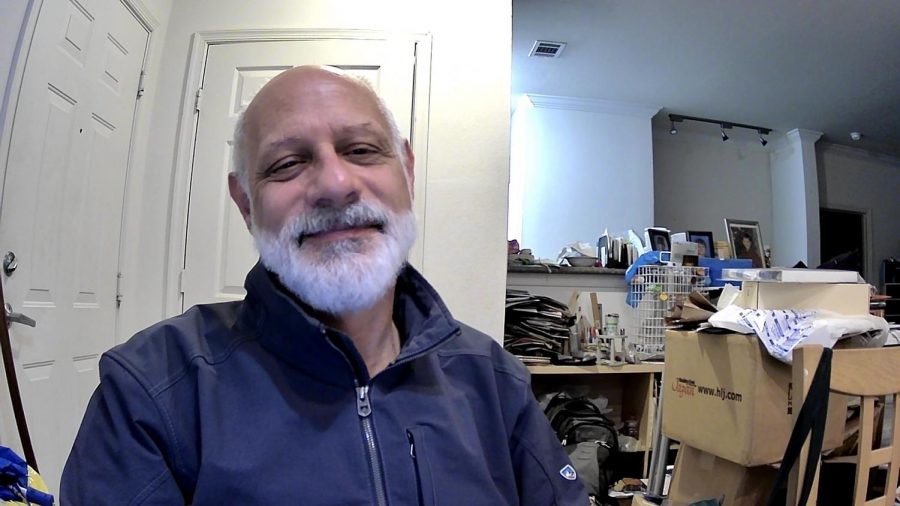 Mr. Gherman keeps his classes interested by cracking an occassional joke. This takes some of the stress off his students and allows them to feel more relaxed in his class.

An avid reader, painter, and role model, Mr. Gregory Gherman is a key factor in the success of over 100 students at WCHS. Gherman, who is a member of WCHS’s math department, teaches Honors Pre-Calculus and AP AB Calculus. Although he has been a teacher for a number of years, Gherman has only been at WCHS for only three years. He last taught in the place of Mr. Tappis for the first month and a half of the 2020-2021 school year.

The idea of being a role model to the future of our society, combined with his passion for math is what pushed Gherman to become a teacher.

“I have always loved mathematics and enjoy sharing the ideas and concepts with everyone but especially young adults just beginning to learn more in-depth topics,” Gherman.

Despite the struggles of virtual learning, Gherman still strives to teach his students to the best of his abilities. This means adapting to a new teaching style that is unlike anything he has done before.

“I have used Nearpod and Desmos, which seem to be great programs that allow students to “show” what they know; But it takes real effort on the student’s part. I want to be more comfortable with these and other programs to “get to” students,” Gherman said.

These websites, along with others like Whiteboard.fi, have allowed Gherman’s students to gain the same interactive experience that they would have during in person classes. Additionally, they give Gherman a new platform to enrich his students with.

It is not only hard for teachers to adjust to virtual learning; students have faced plenty of difficulties as well. This is where Gherman shines as an educator.

“Online learning is difficult for me when teachers go through the material very fast, because it’s easy to zone out for a second and miss something,” sophomore Jacob Lorenz said.  “But Mr. Gherman would go back to the stuff that seemed complicated, which took some stress off my shoulders.”

Even though he is a teacher by profession, Gherman is a true comedian at heart who can always be relied on to crack a couple of jokes in each class he teaches.

“Mr. Gherman always made the class fun and enjoyable, and he was always able to crack a joke to make the class smile and laugh,” junior Mason Goldstein said.

Gherman’s cheerful presence and jokes have allowed students to enjoy his class and stop stressing about the everyday issues they face at school.

“Mr. Gherman loved to make jokes, and was overall more relaxed than previous math teachers that I have had,” junior Sofia Hoyos said.

Although he is not largely involved in the WCHS community outside of teaching, Gherman considers his fellow teachers to be his friends and enjoys working alongside them. But, he has many passions that lie outside of his job at WCHS.

Besides the fact that Gherman is a joy to have as a teacher, he has some words of wisdom for students at WCHS.

“Ask any question you have. Don’t wait for someone else to ask it. You would be surprised how many other people have the same question,” Gherman said.