“Wandraiser” helps to care for animals in need 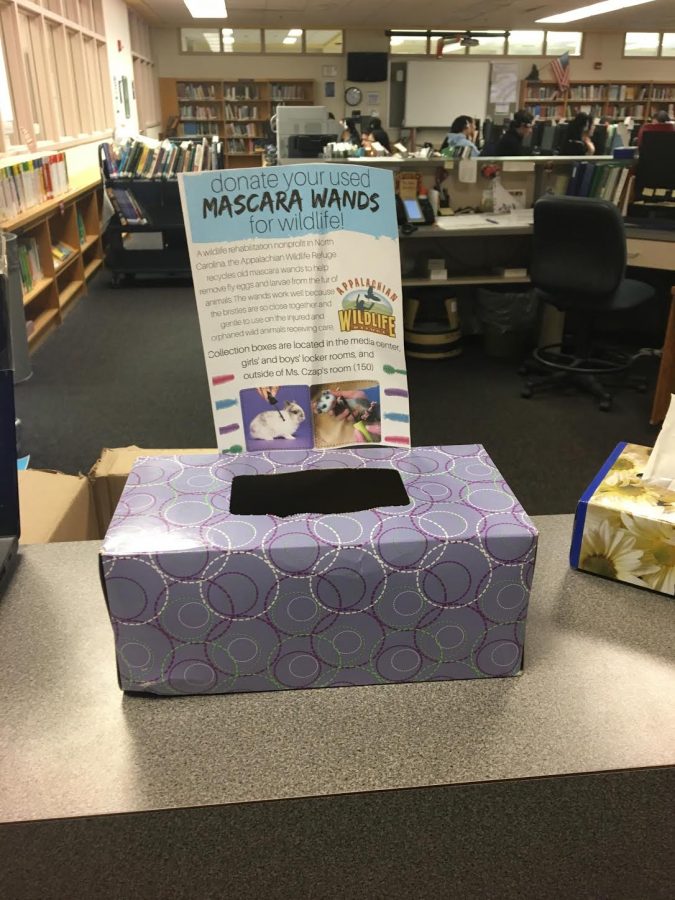 Mascara wands are usually used to make eyelashes appear longer, darker and thicker, but with the help of WCHS’s Junior Civitan club, they can also be used to save the lives of animals.

The Junior Civitan club is currently working with the Appalachian Wildlife Refuge (AWR), a non-profit organization based in N.C. made up of volunteers who work to rescue and rehabilitate injured animals.

The AWR accepts donations of old mascara wands and uses them to help clean fly eggs, larvae and other contaminants off of wild animals receiving care. The wands work well for cleaning small animals because the bristles are close together and are gentle enough not to harm them.

The Junior Civitan club sponsors this donation at WCHS and they have set up collection boxes for old wands to send to the AWR’s “Wands for Wildlife” program.

“I was amazed that mascara wands could be recycled to serve such an important purpose for wild animals in need,” senior and treasurer of the Junior Civitan club Erin Whalen said. “I knew that the Junior Civitan club had the ability and resources to help Wands for Wildlife so I decided that we should have our own drive at Churchill.”

The club began collecting mascara wands at the beginning of second semester and have collected about 30 so far. They are currently still accepting more and hope that they can donate as many as possible.

“Donating mascara wands is so important because it could mean life or death for these animals,” Whalen said. “Giving away our used mascara wands is something so small to us, but it can make [a] world of difference for a baby animal.”

The mascara wand donation fundraiser, or “wandraiser,” is one of the Junior Civitan club’s newest projects and its members are very excited to spread awareness about this cause.

“I think donating mascara wands is the perfect way to recycle while also helping wildlife,” senior and club secretary Brianna Turgott said. “Mascara is an item that is probably found in most homes; instead of going straight to landfills, [the wands] can be put to good use.”

In addition to supporting wildlife organizations, the Junior Civitan club is dedicated to many other causes and charity organizations.

“I like the Junior Civitan club because it is involved with such a variety of community service programs,” Whalen said. “We make sandwiches for the homeless, colorful fleece blankets for children in need, write wellness cards for the sick, and do many other activities.”

You can find the collection boxes in the media center, outside both locker rooms and outside of Physics teacher Ms. Czaplicki’s classroom (room 150). Before you donate, it is recommended to wash as much mascara off the wands as possible and place them in a plastic bag.