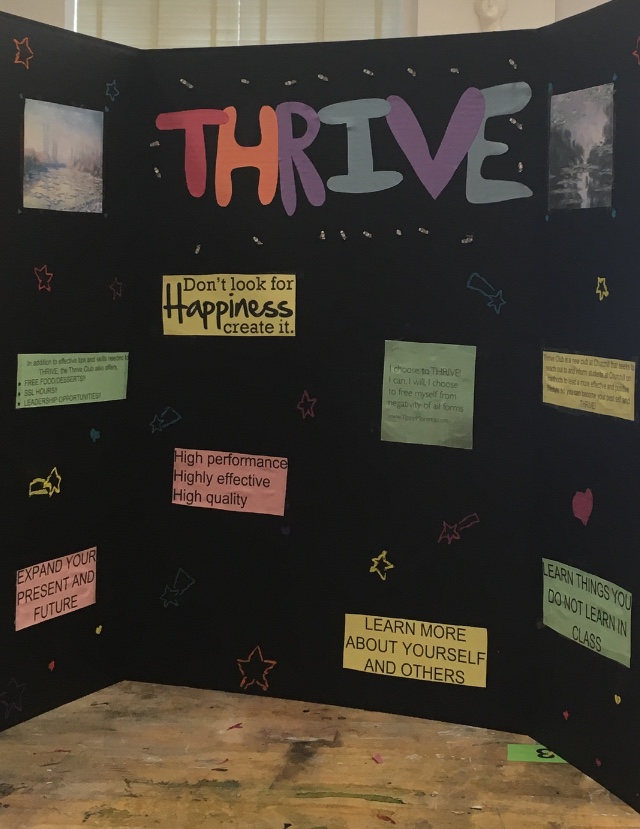 Have you ever wanted to be a part of a lettuce eating contest? CHS hosted its first club day Sept. 14 allowing students to connect their interests to school clubs, such as the lettuce club, where students compete in lettuce eating contests.
This year’s club day replaced a CHS tradition known as club night. Previously, club night was held in the cafeteria after school. The CHS administration had many reasons for making the switch from the night to the day.
“Many underclassmen, especially those with parents who work, had difficulty finding transportation to CHS for the event,” guidance counselor Makeyda Soriano said. “Some CHS staff members also thought that the process of signing up for clubs would be more efficient if it was done during the school day.”
CHS’ first club day was a success, as student turnout was high. The colorful posters, baked goods and loud club officers drew new students into the main gym right up until the bell rang at the end of lunch. Lunch was longer than usual ino rder to give students time to attend the event. Still, many students did not get the chance to see all of the clubs that they wanted to look at. While all of the clubs are open to members, some are particularly welcoming to all students.
“Midnight Writers is a renowned monthly organization that publishes student writing and artwork, typically centered around a theme each month,” senior and Midnight Writers officer Maya Simon said. “Members can submit their work under a pseudonym, allowing for maximum creative freedom and expression.”
Midnight Writers is not alone in being an open and accepting club at CHS. The Red Cross club is no literary magazine, but it too promotes a welcoming atmosphere.
According to junior Red Cross club president Anita Farid, members of the Red Cross club can expect to learn about the Red Cross mission of alleviating human suffering.
Members do not need to know anything about the Red Cross mission before joining, but they do need to have an open mind and an interest in service to others.
According to junior Red Cross club secretary Catherine Tran, members will also have the chance to support those who fight for our country during various community service activities.
Besides Midnight Writers and the Red Cross club, CHS also has clubs such as Junior Civitans and Best Buddies. Most clubs are open to new members, so students should try different activities before deciding what’s right for them. No matter your passion, CHS has a wide variety of club options to choose from.