Teacher of the Year: The Auditorium! 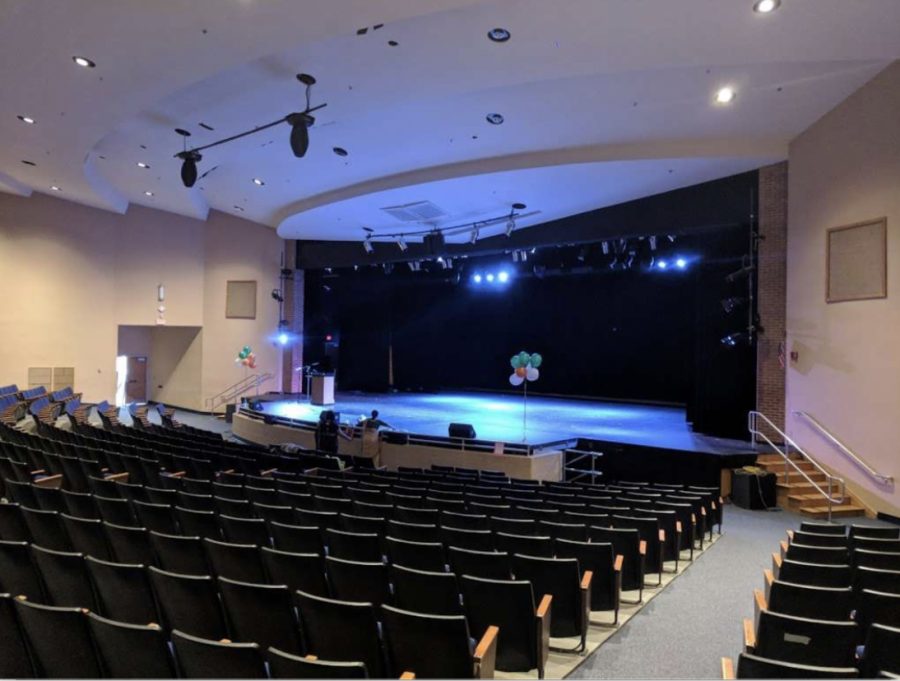 WCHS auditorium celebrates its new prestigious award for Teacher of the Year with a big crowd and a bundle of congratulatory balloons.

During the 2020-21 school year, this teacher took a break for most of the year as classes went virtual and only had a limited role for AP tests, even when students came back. Yet, since the start of the new year they have elevated themselves to new heights in order to best serve the needs of students, especially when other teachers could not step up.

That is why the 2021-22 Teacher of the Year award goes to… the auditorium! After decades of hard work and service to the WCHS community, the auditorium has finally won its first teacher of the year award. This ends the longest award drought in WCHS history from a particular teacher. It is quite obvious they deserve it, as few teachers have gone through such a large role change in a small amount of time.

“This year has definitely been stressful for me, but it no doubt has been worth it,” the auditorium said. “I have been able to see and teach virtually every student in the school at some point during the school year, and have been able to do more for Churchill than I ever have before.”

A large part of the auditorium’s success this year comes from the long break they took last year with students being virtual. Although it was used for some AP tests at the end of the year, the break gave the auditorium much-needed rest so that it could continue subbing for teachers, hosting plays and more.

“Having a year-long vacation during the 2020-21 school year helped me gather the energy I needed to thrive this year, and I think that break is really the reason I’ve been chosen for this award,” the auditorium said.

Unfortunately, the auditorium has seen their role decrease over the last few months as the county has gained back more substitute teachers. Surprisingly, this had not dampened their attitude. In fact, it has helped the auditorium catch a much-needed break.

“Even though I don’t have ten classes to teach every single period, I am still being used for other things like the play or standardized tests. These keep me in the game,” the auditorium said. “I know that whenever I’m called on again I’ll be ready. But for now I’m glad my busy stretch is over.”

As part of the teacher of the year award, the auditorium will be gifted a $50 gift card to Gregorio’s at Cabin John, as well as an exclusive spot in the Churchill parking lot right by the front entrance. However, seeing as how they do not eat or drive, they will have to find some other way to use the prizes.

“I’m just happy to be recognized for all my hard work,” the auditorium said. “I’m sure I can find somebody who wants to use the prizes. But if not, I guess I’ll be enjoying some pizza!”