SAT/ACT pushes students past their limits 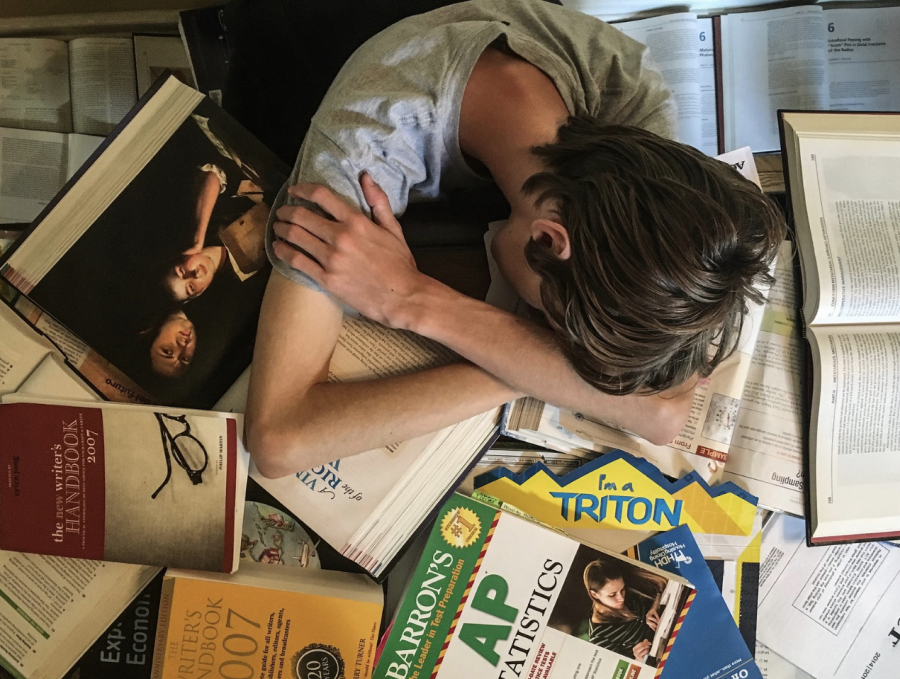 Students are often stressed out trying to study for standardized tests.

Attending countless tutoring sessions, spending a fortune on prep books, taking the SAT/ACT over and over again to get the best score possible—sound familiar?

Students, especially at WCHS, put a lot of pressure on themselves to do well on standardized tests such as the SAT or ACT. However, tests scores are not the end of the world and are increasingly becoming less significant for the college admissions process.

According to a 2018 College Raptor article, out of the 3,000 bachelor degree granting institutions in America, 28 percent of those schools do not require a standardized test to get in. Some prestigious institutions in America that are test optional include Pitzer University, New York University, University of Chicago and George Washington University. Many colleges have found that the SAT/ACT tests are not always an accurate indicator for how well a student performs academically and can be biased to certain groups of people, such as the rich being able to pay for expensive test prep tutors and even bribing test proctors, as seen in the most recent college scandal.

Senior Ethan Miller who recently got into the College of William and Mary, weighed in on his thoughts on the SAT/ACT.

For students that are not good at taking tests, the SAT/ACT may not be the most beneficial for showcasing proficiency in academic studies. Colleges and universities getting rid of SAT/ACT requirements can be to a student’s advantage.

“Students who have trouble taking standardized tests no longer have to worry about studying for them if the colleges/universities they are applying to have optional test score and can focus on other things that will better help them get into college, like extracurriculars or their grades,” senior Elaine Birnbaum said.

Beyond the SAT/ACT there are other talents and characteristics that a student can display that can also make them a competitive applicant. These include being in a sports team, playing in a music group, participating in clubs, taking part in the school play, the list goes on.

“Your job is to present yourself as the best version of yourself to colleges, and if you do that, then that’s enough,” Miller said. “If you feel like taking the SAT or ACT doesn’t accurately represent you the best way, then you know write about what you’re good at in your essays.”

Another big aspect that can give an applicant a higher chance of getting into a college or university is showing interest. Many colleges/universities track which students have shown interest in their school and are more likely to choose students that are genuinely interested.

“For the school I’m going to they track demonstrated interest, so one of the big things I said to the admissions officer was that I am extremely interested and would love to go here, and so luckily I was able to get into my top choice which was great,” Miller said.

As more colleges and universities become decreasingly perceptive to test scores, students are able to focus on showcasing themselves through extracurriculars, interests and grades.

“Try your best but don’t freak out if you don’t get the score you want,” Birnbaum said.