Senioritis strikes, once again, at WCHS 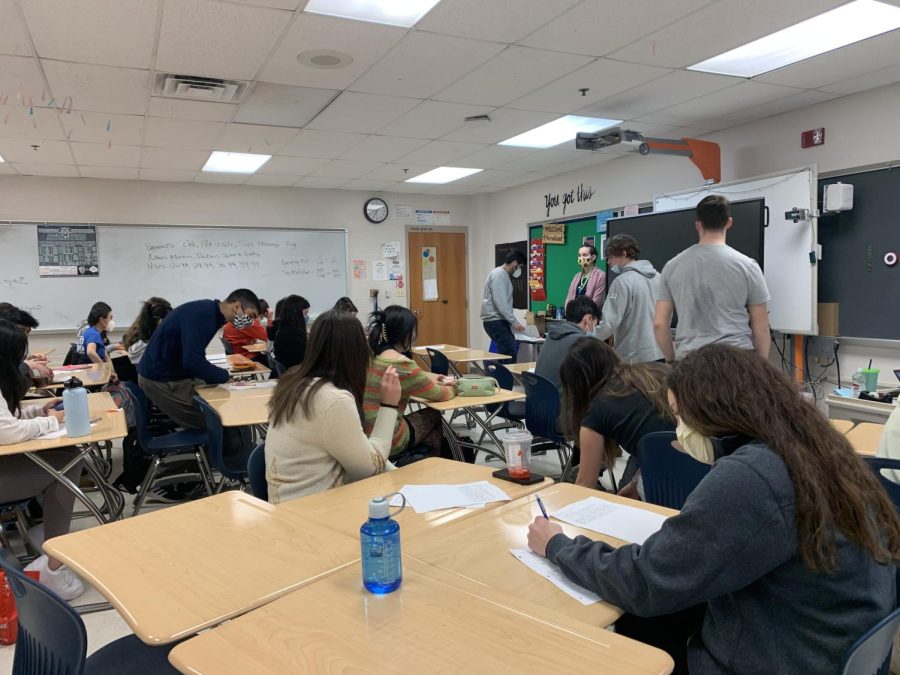 Every year, come the second semester, high school seniors across the country fall victim to a well-known plague. What is this plague people may ask? Senioritis.

Senioritis, defined by Oxford Languages as “a supposed affliction of students in their final year of high school or college, characterized by a decline in motivation or performance,” has begun to make its way through the halls of WCHS, spreading from one senior to the next, as the school year progresses.

As seniors begin hearing back from colleges that they applied to, many feel as though the pressure is off. For many seniors, specifically at WCHS, their past three and a half years of high school have been driven by grades and academic success. Without an external motivator – the desire to get into college – a lot of students have little incentive to keep working hard in school.

For Casey Meretta, a senior at WCHS who has already been accepted into his top choice colleges, the effects of senioritis have begun to set in. However, Meretta still makes sure to put effort into his classes in order to maintain his grades and work habits.

“I find it much easier to skip out on due dates or put in less studying effort because I know that my grades matter less than they have in the past,” Meretta said. “I know that colleges can rescind any offer they make, so failing isn’t an option, but I don’t necessarily need to maintain a 100% average in all my classes.”

However, even with their declining interest and motivation when it comes to school, many seniors are still heavily invested in the activities that they pursue in their free time, such as sports, clubs, and other extracurriculars. Meretta, an avid swimmer, has not slowed down when it comes to his sport.

“My level of athletics has not diminished at all and likely will not until the end of summer break, due to swimming’s long season,” Meretta said. “I still have goals I hope to achieve in swimming, while I don’t really have anything else I hope to achieve academically in high school.”

While seniors are greatly affected by senioritis, people tend to forget the effects this issue has on teachers and the way that they connect with and engage their students.

Monica Malanoski, an AP economics and linear algebra teacher at WCHS, experiences the effects of senioritis on her students firsthand.

“I think senioritis is the same at WCHS as any school I’ve ever taught at, in that seniors have been in school for twelve years and they have gotten tired,” Malanoski said. “Senioritis really kicks in when students have heard those first college acceptances and they think they don’t have to work as hard.”

With the lasting effects of schooling during the pandemic, senioritis is at an all-time high, with even more students falling victim to this plague. However, what some may view as “senioritis” may actually just be bad habits picked up during the last school year.

While it may seem practically impossible for seniors to stay motivated through their last semester of high school, there are various incentives to push to the finish line, such as upcoming AP exams and the intrinsic motivation to succeed in classes. Additionally, considering the future implications of lackluster practices can motivate students to not let up when it comes to schoolwork.

“Students have to find that motivation themselves, and if they’re fine with what’s happening, I usually try to tell them to think about the future consequences of their current actions,” Malanoski said. “Yes, they’re tired and they might want to have a break and kind of indulge in that ‘senioritis,’ but it becomes a snowball effect that can become very overwhelming.”

While seniors may want to relax and “slack off” during their last semester, a few uncompleted assignments can quickly turn into failing test grades. It is also important to maintain a balance between taking a break and staying motivated and productive.

“Kind of like when you’re on a diet, you need to be strict with it, but then have a day off,” Malanoski said. “‘Everything in moderation’ is what I try to promote.”