Three different school formats all have their pros and cons 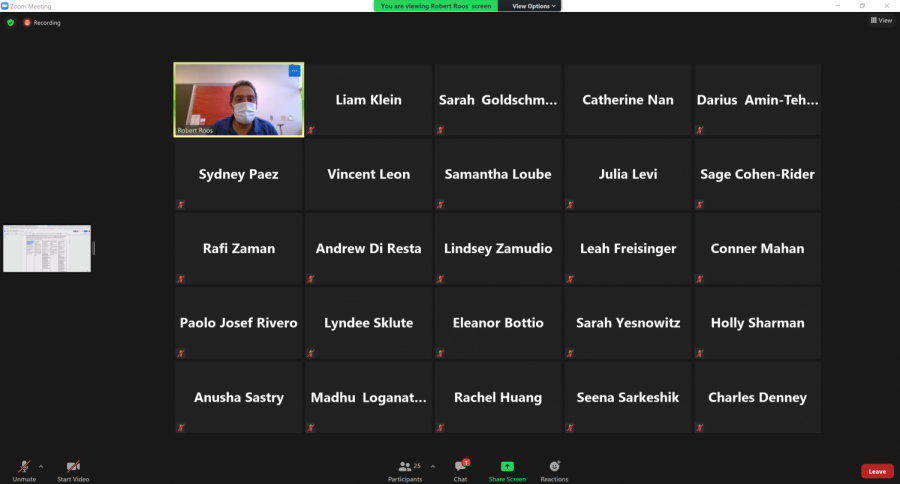 Online schooling was not perfect and had its shortcomings, however it proved to be a viable option.

The past year and a half has been extremely turbulent, filled with uncertainty in all walks of life, especially in schooling due to COVID-19. Students have gone through three or four different versions of online and eventually in-person schooling with varying levels of success.

However, credit will be given where credit is due, and MCPS has done a very good job at adapting while keeping students and parents informed. When weighing the pros and cons of these different versions or phases, learning can leave us with some very interesting revelations.

Throughout this, we will be comparing and contrasting the main differences between the four learning structures — in person, fully online, and hybrid. In each of the four modes of learning, the school day is going to be divided into three different portions in order to take a more in-depth look.  The day before school starts; the school day including lunch and classes; and after school which includes extracurriculars, sports and homework.

The first mode of learning I will examine is the traditional full-time five days a week in-person classes. This is somewhat of a baseline, as it was the widely regarded norm before the pandemic hit. Starting from the beginning of the day, this is without a doubt the most demanding compared to the other two. Under this traditional regime, the majority of WCHS students have to either take a bus or drive to school in order to get to class at the start of the academic day. This becomes even more adverse with the 7:45 first bell, and when factoring in some students’ twenty-plus minute ride to school. The biggest takeaway from this is the effects of the early wakeup many students endure in order to arrive on time.

Once rush hour for going to school is over, the learning finally begins. This is where the full in-person learning style sets itself apart with seven classes a day. There is more time for learning, consuming, and understanding new topics, which is easier in an in-person setting. 58 percent of WCHS students support this model as they found it easier to learn in an in-person environment compared to an online learning environment.

Fast-forwarding to the end of the day, when the last bell rings. This is the part of the school day with the most similarities throughout all the learning styles, with the main difference being volume. The amount of homework students get during in person schooling is much higher compared to online learning. This is what is leading to higher levels of stress based on responses from WCHS students when polled. In the end, this leaves fully in-person learning by far the most effective at teaching but has the most adverse effects on students. One simple way to summarize is that it has the highest highs and the lowest lows.

Continuing to the method of learning that was primarily used throughout the 2020-2021 school year: entirely online. Unlike fully in-person learning, this entirely online learning used by MCPS consisted of four days of live classes and four classes per day compared to the normal seven. This is without a doubt the least demanding part of the three styles utilized. Many students use entirely remote learning as an excuse to wake up minutes before the 9:00 a.m. start of live learning. This pushed-back start time is something that most students and teachers preferred over the regular 7:45 am start time and will most definitely be missed.

Perhaps the weakest link of online learning is the learning itself. Learning new content is difficult, and it was harder to connect through Zoom meetings. This is corroborated by an astounding seven percent of WCHS students polled saying that they found it easier to learn online. However, one pro of entirely online learning is that many students found it less stressful compared to full-time in person. On the other hand, one negative effect is that some students felt less efficient and more likely to procrastinate.

Progressing to after live learning ends. Once again this part of the school day is very similar. The only glaring difference is that there were fewer clubs, almost no sports for a majority of the year and less homework according to most students. This leaves the end of the day feeling somewhat unfulfilling as it was sometimes, especially during the winter, difficult to draw the line between school and free time.

And lastly, the hybrid method that is currently being utilized. Unlike fully in-person learning and entirely online learning, hybrid brings aspects of both. The way that this operates is with four days of live classes per week, but still utilizing Zoom meetings as the main teaching medium. The question is does it bring the best of both worlds? Or the drawbacks? With less than a quarter of the total student population in person at a time, the rush to school is far less chaotic and bell times are more forgiving. This combined with the pushed-back start time is a good balance of online and entirely in-person learning.

The most interesting and varying part of hybrid learning is the classes themselves. Learning can fluctuate depending on the teacher. Some are focused on those on Zoom while others put most of their attention on those in the building. This can make it difficult to follow along depending on the teacher’s style and whether you are home or in school. One pro of hybrid learning is that even the partial in-person classes make it much easier to learn new content. Another pro is that students polled felt that they were more efficient when in the building compared to entirely online.

At the end of the day after the bell rings or the zoom meeting ends, once again the school day is very similar. The only small difference is that students are once again actually in the building, which leads to an increase in extracurricular activities. Also with more restrictions, more school sports have returned. This has been a massive plus for many students after most athletics had their most recent seasons canceled. The amount of work assigned truly changes depending on the week but is less compared to normal in-person learning.

After taking a look at the three styles of learning, there is no true perfect teaching approach.  There are somewhat mixed results: no one style sets itself apart; they all have major drawbacks and differences. The one that is most effective depends on the students and their preferences. However, one key takeaway is that this year was nowhere near normal in all aspects of life; even school. One thing that is true is that a return to normality will be welcomed; however,  there will be drawbacks and I don’t think anyone is looking forward to early wake-ups again.