Follow up – “Column: looking through the eyes of high school students around the world” 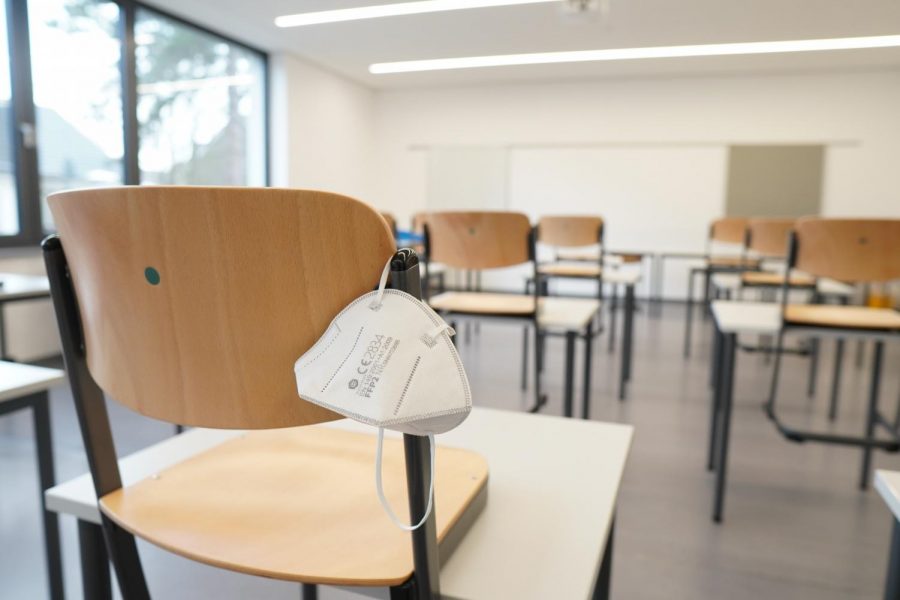 The COVID-19 pandemic has led to many classes being left empty. However now, 16 months later, students around the world are heading back to their classrooms, while major differences still separate them.

In October of 2020, I wrote an article for The Observer titled “Column: Looking through the eyes of students around the world.” This article covered what it was like to live in a different country during COVID-19 from the perspective of students who had experienced six months of the pandemic. Now, eight months later (and 15 months since the pandemic began), some schools and communities are starting to make the slow return back to normal. Vaccines are getting distributed and students’ academic and social lives are changing once again.

I decided to write part two of this article because I hoped to feature the stark differences between then and now. Italy’s schools are back in session after a long break, as well as a private school in Washington D.C. which has been back in school since the New Year.

Sophomore Brooke Goldberg goes to The Field School, a private school in Washington D.C. Earlier this year, her school broke down walls and increased ventilation throughout the building in hopes of getting all students back to the campus earlier.

“I go to school every single day, full hours, lunch on campus, and after school activities. We also get tested once a week to make sure that everyone is safe, and all grades together were able to go in person starting April 21st,” Goldberg said.

Similarly, Andrea Pancani, a 16-year-old living in Rome, Italy, has been attending in-person school since Easter weekend after months of back and forth from in-person to virtual. Pancani goes to a very small private school in Bracciano, Italy, which holds around 100 students. His high school specializes in agricultural education and there are just 9 students in his class.

“We have to wear a mask in school, so we do not eat until we arrive home later in the day. This means I have lunch at 3:00pm. There are not too many precautions, since it is such a little school: just social distance and wearing masks,” Pancani said.

Although Pancani has to eat lunch after school, imagine having your lunch break at 12:30 am! Amy Li is a sophomore living in Shenzhen, China, and currently going to school in Potomac, Maryland at Bullis School.

“I go to school from 8:00 in the evening to 3:30 in the morning,” Li said. “It’s tiring because I sleep at 5:00am and wake up really late. Then I still need to do homework and stuff. This makes it hard for me to go out with friends and do other things during the night.”

Going back to more regular school hours, we have Dominique Mandri-Bossart, a 16-year-old living in Zug, Switzerland. However, Mandri-Bossart only goes to public school two days out of the week. The other three days, he is an intern at Partners Group investment firm working as an assistant for a client relationship team. His days spent at school are in person, with both social distancing and mask wearing.

“At lunch you cannot be with more than two people unless you are outside,” Mandri-Bossart said. “You are not allowed to use the elevators and before COVID-19 the desks were grouped together, and now they are really formal in rows. And for work, I am often virtual.”

While Dominique is working, Jade Ghiaroni, a sophomore living in London, England, is back in school without masks. On the 8th of March, Ghiaroni returned to school with masks, but on May 17th the mask requirement was dropped. This announcement was made despite the fact that restaurants and most shops were still closed.

“Here the restaurants, the ones that do not have patios or things outside, have basically been closed, since you are unable to go inside restaurants,” Ghiaroni said. “Otherwise, since I have not gotten the vaccine, a lot of things have not changed for me. I have gone out less since the beginning of the year, because there is not a lot to do. Not a lot of shops are even open, so the only option is to take out food and walk while eating.”

A few countries away, Jeanne Joublin, living in France, has quite the opposite experience with her public school. Joublin, a sophomore who lives in Versailles, has been virtual for the past month after being in person for a short period of time.

“When in person, we have weird lunch schedules where we have to sit in our class. All activities are cancelled including extracurricular activities, and we have to wear masks and sanitize,” Joublin said. “We also have to switch masks halfway through the day, since the mask is supposed to be less effective when used more.”

Where Joublin lives, from March until last week, people could not pass 6 miles outside of their area of residence unless they had a pass and a good reason. In order to leave that 10 km radius, a person had to have his or her pass with them to avoid a fine or penalty by the police.

None of the people I interviewed who live outside of the United States have been able to get a vaccine, despite most of them being 16 years or older.

Marlene Malchereck, a junior living in Berlin, Germany, confirmed this sentiment. She recently moved from the US back to Germany, where she previously lived. Malchereck went to the German International School in Washington D.C. and now goes to a public school in Berlin.

“It was hard to find an appointment, so I did not get a vaccine yet,” Malchereck said.

Malchereck added that as of now, only people 60 years or older in Berlin are allowed to receive the vaccine, plus doctors and healthcare workers.

Although the students I spoke to have had different academic experiences during the pandemic, for the most part they are all feeling hopeful about the next school year regardless of language or culture. Most of us at WCHS, despite great difficulties and losses during the last school year, share a similar perspective.

However, it would be short-sighted and ignorant to assume that most people in the world share this view. The pandemic continues to destroy communities in many countries and vaccines are relatively unavailable to most people. It has been enlightening to talk to high school students in other parts of the globe to compare and contrast our school years and academic life.