How to support the Black Lives Matter movement 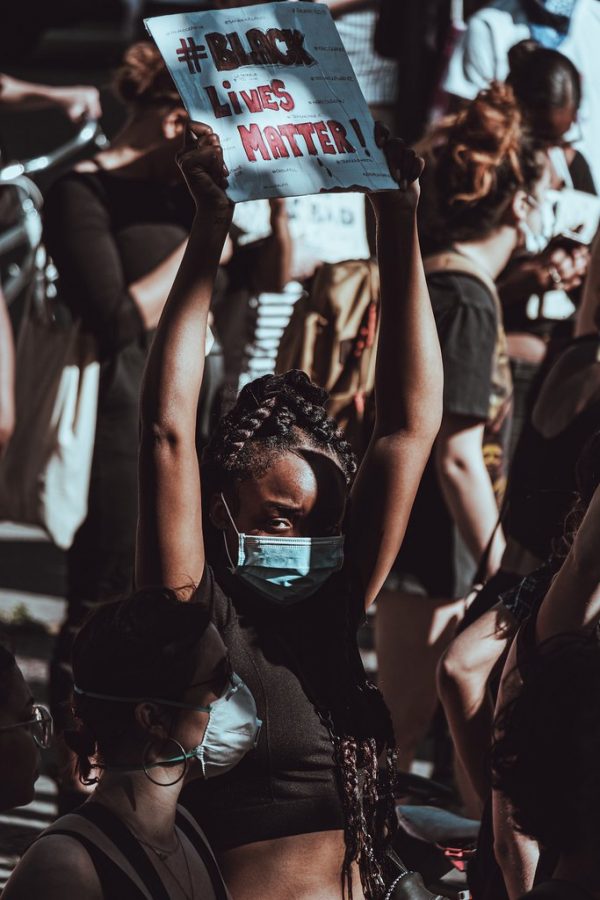 Thousands of people worldwide take to the streets to demand justice for the murder of innocent Black lives. Attending protests is just one way to advocate for change.

The murder of George Floyd and thousands of other innocent lives has sparked a worldwide revolution against police brutality. There are so many different ways to support the Black Lives Matter movement, from peaceful protesting, to educating yourself on racism. However, some of these options may not be cost effective or safe for all demographics. Here are 10 ways to help support the Black Lives Matter movement.

In many locations, protestors are getting wrongfully arrested and jailed without bail. Donating to their bail funds to release them is a great way to support the movement. There are also victim memorial funds set up for those killed, including Rayshard Brooks, Dominique Fells, Robert Fuller and many other victims. There are plenty of policy reform organizations, community organizations, mental health organizations and advocates for Black lives that are in need of support in forms of donation. Whether you give $10 or $10,000, any amount donated is more than enough and will be put to good use. Even if you cannot donate yourself, encouraging others to donate is a great way to support the movement.

Do your research to make sure the organization is credible and all funds go to the movement.

If you are looking to donate but are unable to, youtube channels like JENeration DIY post videos to gain revenue from placed ads. You can simply open a video in a new tab and let the ads play on your device while using another tab.

15-year-old Kellen S. started a petition on change.org to charge the officers who were on scene when George Floyd was killed. In three weeks, the petition received just under 18 million signatures, becoming the largest change.org petition. The officers were charged and are being prosecuted. There are multiple petitions you can sign that will help create justice and change. You can also text FLOYD to 55156 and JUSTICE to 668366 to sign petitions that send a letter to Mayor Jacob Frey and District Attorney Michael Freeman demanding justice for George Floyd.

Ideally, protesting would be the most effective way to change the system. Protests are a large reason why women have the right to vote and why the LGBTQ+ community has the opportunity to get married today. If you attend a protest, make sure you know your rights. However, it may not be safe for all because of the impending threat of coronavirus, teargas, and pepper spray. Even if you cannot protest, you can still be a resource for those who are by donating food, water, medical supplies, and protective equipment like masks. You can also offer assistance by giving protesters rides, making signs, or using your house as a shelter.

5. Have difficult conversations with friends and family

It’s no secret that a majority of Americans do not support the Black Lives Matter movement or do not realize their racist actions. According to pewreasearch.org, more than 22 percent of Americans oppose the movement. However, by sitting down and talking with family members and friends about why Black Lives Matter is necessary, you can help educate others on why and how they can help.

Pop culture today has incorporated history into entertainment. Movies such as “The Hate U Give” give insight on the racial struggles and disparities the Black community faces. Many films on services like Netflix are great to understand the systemic racism that exists in today’s society. Ava DuVernay’s documentaries are dive deep into such issues, such as“13th,” which explores the loophole in the 13th amendment allowing for slavery through mass incarceration. Books like “So You Want to Talk About Race” by Ijeoma Oluo cover multiple topics about systemic discrimination for adults. There are even books for teens and kids to read that increase awareness of what it is like to be Black in America and how they can be anti-racist.

So many of the daily products you buy, styles you wear and music you hear are rooted in Black culture. By supporting companies who are owned by Black men and women, you are acknowledging their immense contribution to modern society and giving back to the community. Any products you normally buy can be easily found from Black owned businesses. Doing so circulates money back into the economy that benefits and supports those who built it.

The most important thing anyone who is eligible can do is vote. Vote for senators, congressional members, presidential elections, and any other elected federal officials who represent you and have the power to quickly change the rules. To fix the system, we need to elect leaders who actively advocate,support Black lives, and want to make a difference. If you have not already registered to vote, you can sign up at the MVA and follow the instructions here.

If your governor or representative is not taking direct action to pass legislation, write letters or emails or call them to demand action. You can find their contact information here. There are also prewritten emails you can fill out with your information and send to federal officials.

10. Use your privilege to advocate for change

If you are white, think about the opportunities you have been given, the paths that have been opened to you because of your skin color. The first step to solving the problem is acknowledging that there is one. You can find out how to use your privilege for good here.

No matter what you do, the most important thing to remember is to not stay silent. These are just a few of the ways you can help the Black Lives Matter movement. Every little action counts.

For a complete list of resources, visit pb resources or the file linked here.