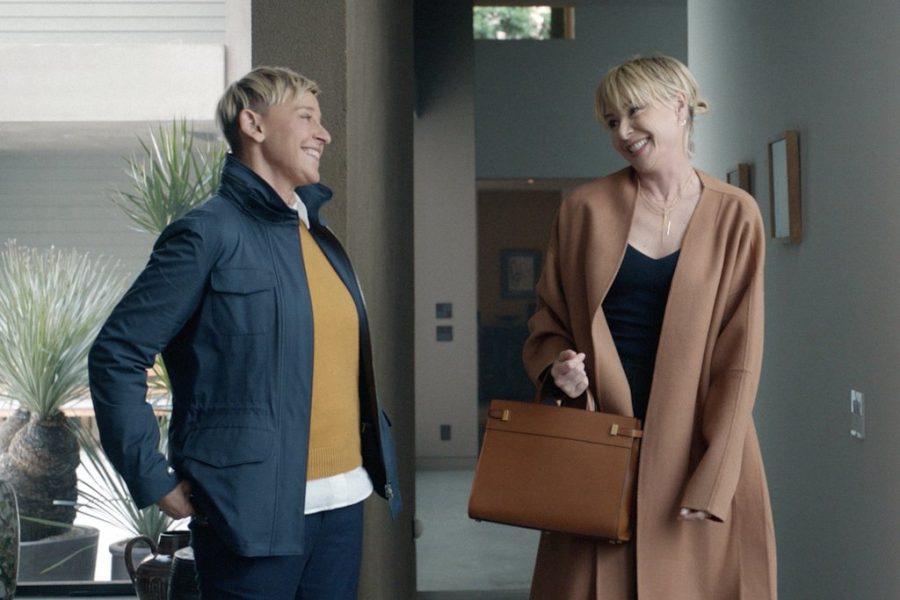 Ellen Degeneres and wife, Portia De Rossi, are featured on an Amazon Alexa ad that was showcased during the superbowl.

Super Bowl season has come and gone, every year it is American tradition that many companies bolster their marketing budgets to bring us some of the most scrutinized commercials of the year. Some are funny, some are sad, some reference pop culture and some are just plain out there, but all are more memorable than the average commercial. The Observer has decided to rank some of the more notable ads from this year’s lineup. We’ve divided them into 4 main categories, each of which will be explained below as well as the final result.

In order to fairly rate all of these ads, we judged them based off of a few specific factors.

First was the emotion evoked. While some were funny and happy, others were nostalgic and solemn. We looked for whichever ads prompted the biggest response– whether upbeat or more sad– from us.

Second was the storyline. Did the ad have a consistent plot or theme? Was it easy to follow and entertaining all the way through?

The third factor they were judged on was the production and acting that went into it. We thought about the set, the actors, and the action involved. If all of these were shown to be thought out and positive, the ad scored high in this factor.

Last was the rewatchability. A crucial aspect of an ad is its ability to surprise you after watching it for a second, third, maybe fourth time. If an ad gets boring after one watch through, it is not a successful ad.

The companies in this bracket stepped up their game this year, creating snack ads that are clever and intriguing. Cheeto’s “MC Hammer” ad includes the artist and his famous song, “Can’t Touch This,” delivering puns but not much else. The Cheeto dust residue isn’t a highlight of the snack and frankly doesn’t make it enticing. It’s no reason that the Planters “Mr. Peanut Returns” ad defeats Cheetos. It features Mr. Kool Aid Man’s tears bringing the beloved Mr. Peanut back to life after his heartbreaking sacrifice in a previous commercial. Consider our heartstrings tugged — Cheetos just doesn’t compare. Second is Doritos “Old Town Road” commercial featuring Lil Nas X, and his hit song in a cowboy showdown that falls short of epic. Pringles’ “Rick and Morty” ad easily defeats Doritos in a huge upset; it’s use of the colorful animations and humorous concept of being stuck in a Pringles commercial resonate with fans of the show. Planters doesn’t stand a chance against Pringles, and the “Rick and Morty” commercial earns the title of the snack division winner.

The drinks ads don’t disappoint — the four in this division won’t quench your thirst, but make your taste buds itching to try them. Up first is Coca Cola’s “Breaking News” ad featuring director Martin Scorsese and actor Jonah Hill. Hill leaves the world anxiously awaiting his reply to Scorsese’s’ invitation text as he fuels up on Coca-Cola’s energy drink. The drink may have allowed Hill to show up, but another company shows up Coca Cola: Mountain Dew. Set like a horror film, the serial killer hands the victim the Mountain Dew Zero Sugar drink instead of killing her. The humor and suspense push Mountain Dew over the edge and gives them a win. Next is Michelob Ultra beer, bringing out the big guns in their “Jimmy Fallon” ad. Fallon’s natural knack for comedy makes his attempt at exercise humorous to watch. However, the beer can’t compare to the SodaStream “Mars Water” commercial featuring Bill Nye. After finding water on Mars, a historic moment, a fellow astronaut accidentally drinks it thinking it was the Soda Stream water. The sets and the plot easily defeat Michelob, leaving it to compete with Mountain Dew. However, the horror flick is no match for the space water mixup, giving the drink bracket winner title to Soda Stream.

All 4 of the companies featured in this bracket stick to standard, boring car advertisements for the majority of the year, but they managed to cut all the brakes for the big game. Up first is Porsche’s ‘Heist’ ad vs. Audi’s ‘Let it Go.’ This one isn’t really a fight, either. Porsche’s ad features a thief stealing their all new electric sports car, and shows off many of the company’s historic models in a car chase. Audi, by comparison, features a musical number from the movie Frozen, which is 7 years old at this point. Yeah, it’s cute, but the effort put into Porsche’s ad shines through. Secondly is Jeep’s ‘Groundhog Day’ ad vs. Toyota’s ‘Superhero’ ad. Both show an impressive amount of effort, but Toyota’s seems just a little too generic. In 3 separate scenes, the new highlander SUV saves the day when a would-be martyr tells people to go on without them. It’s cute, but not enough to outdo Jeep. Their ad, featuring Bill Murray, takes a new spin on his classic movie Groundhog Day, showing how ‘Every day is different with the new Jeep Gladiator.” The references to this classic bring you right back, and Bill having a blast with the groundhog was heartwarming. This is alson why Jeep went on to win the car category overall, beating out Porsche.

In this section were the competitors of Walmart, Amazon, Google and Hulu. All of these big name companies delivered a captivating and interesting commercial, but there were definitely some obvious disparities. Featured in Walmart’s commercial were a number of Disney cartoons and characters including Buzz Lightyear and Groot. Their main advertisement for this ad was their curbside pickup and their convenience as a massive retailer. However, where they fell short was broad appeal, as the recognizable figures served to draw in a younger audience, but the lack of humor or real story to the commercial gave it reason to lose to our next competitor. In the first round, Walmart squared off against Amazon, and the winner was painfully obvious. Amazon’s compelling plot of “What did we do before Alexa,” the presence of Ellen and Portia, and the laugh- out- loud humor gave it a definite win over the much more surface level Wal-mart commercial. Amazon’s made political references, utilized slapstick and ironical humor and genuinely encouraged the viewer to look into buying an Alexa. The last two commercials that went head to head in the first round were Google and Hulu. Google’s tear jerking and sentimental narrative stuck with the audience, as the old man used Google products to help remember and celebrate the life of his late wife. While not funny nor extremely complex of a commercial, the simplicity and emotion elicited from a 90 second showing was remarkable.

In a similar fashion, the Hulu ad also evoked heavy emotion from a certain crowd of watchers. Before the Super bowl, the lead man in the commercial, Tom Brady, teased a big announcement that would be revealed in the ad. Many Patriots fans feared that this might be the long dreaded announcement of Brady’s retirement. However, after a little bit of play around the topic in the commercial, it becomes obvious that Brady will not be retiring anytime soon, and instead is just simply impressed by Hulu. Aside from the plot twist at the beginning of the ad, there was little substance to be found elsewhere. For the lack of storyline and complexity, this round easily went to Google. When deciding the winner– between Google and Amazon– for this quadrant, the writer had much debate. Those that vouched for Google pointed to its intense emotion (especially emotion found in no other ad) and the simplicity of the storyline. The argument made for Amazon included the upbeat ness needed for such an incredibly exciting event, the humor not shown anywhere else, and the celebrity appearances. Ultimately, the joy gained from watching the Amazon commercial made it so that it was the winner of the Miscellaneous quadrant.

The battle between Jeep and Pringles was a tough one. Both made references to beloved film and television, and both had complex and unique storylines. However, the nostalgic allusion to “Groundhog’s Day” of Jeep compared to the relative immaturity of Pringles gave Jeep the edge needed to advance to the final two. On the other side of the bracket was SodaStream against Amazon. The decision between Bill Nye vs. Ellen was not one that should ever have to be made, but it is what had to happen. While Soda Stream’s set design and ingenuity gave Amazon a run for its money, Amazon ultimately had a complex set design as well along with funnier jokes and a more advanced plot. Amazon best out SodaStream for these reasons and made it to compete against Jeep for the finals. These two commercials were vastly different. One played with a known and loved film, twisting the story to make it really sell their product. The other transported the viewer to the Middle Ages and asked them the ever important question of what life was like before advanced technology. Our decision came down to the rewatchability of the ad. After watching the Jeep commercial twice, it got repetitive and boring. However, the Amazon commercial continued to amaze us each time we rewatched it, and we even caught jokes we didn’t directly get the first time watching. It is for this reason that The Observer declares the Amazon Superbowl commercial the winner of March Adness!