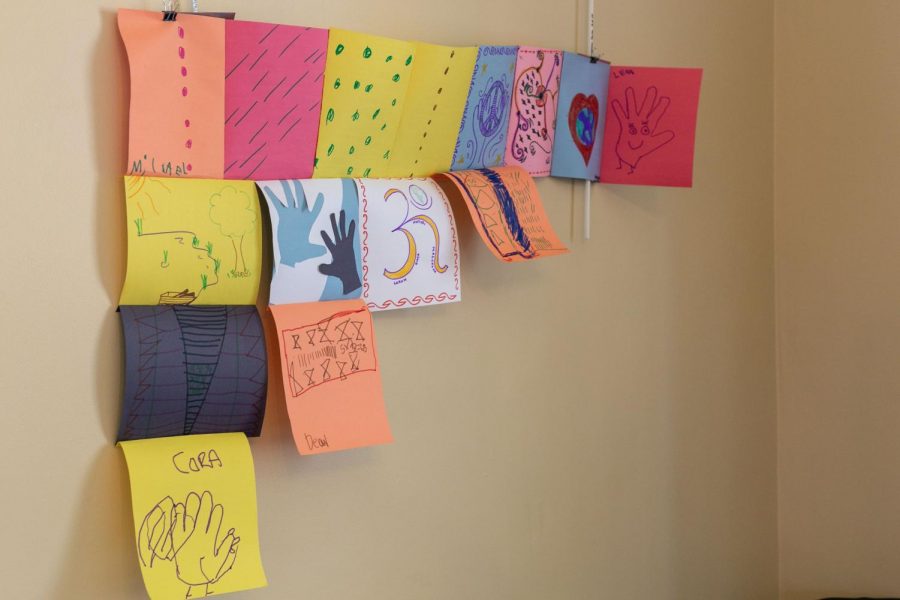 Kids who attended Family Day Feb. 9 were exposed to an interesting perspective on old folktales and African American art. They also learned how to draw in traditional styles.

February is known for many things: it is the shortest month, it has a leap year once every four years, and it includes Valentine’s Day and Presidents’ Day. But possibly the most enriching thing about February is that it is Black History Month.

According to a 2010 History article, Black History Month is an annual celebration of achievements by African Americans. It is also a time for recognizing the central role of African Americans in U.S. history and thanking them for everything they have done to help America.

Many events happen during February to show appreciation for African Americans and to educate others about why we should celebrate. One such event happened Feb. 9 at Woodlawn Manor in Sandy Spring, Md. The event, Family Day, taught attendees about the importance of African American culture.

Sponsored by the Maryland Park and Planning Commission, Family Day charged only $3 per person for entry into the Manor. This way, cost would not be a deterrent for entire families to enjoy. The event was scheduled on a Saturday afternoon so it would be easy for many to attend. Thorne reported a good turnout, with over 30 families attending his outdoor event in the middle of winter. In addition, the interactive aspects on the event were a draw for young audiences.

“The program is designed for families,” Thorne said. “Aside from demand by our audience, introducing history and culture in an informal hands-on environment has proven to be successful with children and families.”

Furthermore, Thorne elaborated on why it is important for teens to take part in such an event.
“African American History is part of American History and all soon-to-be adults should strive to understand and be informed about our collective history,” Thorne said.

The park services have recently been striving to have more programming for children, so this was a perfect fit.

“The event was planned to expand our programmatic offerings to children and families,” Thorne said.
Through the many planned activities, anyone who attended Family Day was sure to learn something new. The offerings were diverse, and attendees could choose to take part in aspects of the day that interested them personally.

WCHS teacher Nicole Van Tassel had a lot to say on the subject of Black History Month. While she did not attend the event, she gave an interesting perspective on the whole idea of the celebration.

“It has become an important part of history that I think people need to know,” Van Tassel said. “People need to recognize that this is a part of our history and it should be celebrated not just in a month, but all the time.”

Since the start of her career in teaching history, she has worked in two schools. She started out teaching at Watkins Mill, before switching over to teach at WCHS in 2013. Additionally, she was also prominent in writing the new history curriculum.

“I would say we do a good job of looking at different minority groups,” Van Tassel said. “I think it is not always done, and it should be in the curriculum more. Just because we do a good job but that does not mean all schools also do a good job with it.”

After being introduced to the idea of family day, Van Tassell, being a mother and being interested in our countries rich history, thought it was a great idea. However the thought of Black History Month Family Day being an annual get together did not seem to be a sure thing quite yet.

“The program will have to be evaluated and a decision on similar future programs will be made at that time,” Thorne said.

According to Van Tassel, Black History Month was not widely celebrated in the past, but things are starting to change for the better. Now, there is more of a focus on this important time of year — not just in outside celebrations and events — but also in school.

“There has been much more of an awareness about minorities and putting minorities in the curriculum since I have been in this county,” Van Tassel said. “Black History Month was not a big push back then; it just did not take a prominent role in out classes. I think we have evolved since then.”