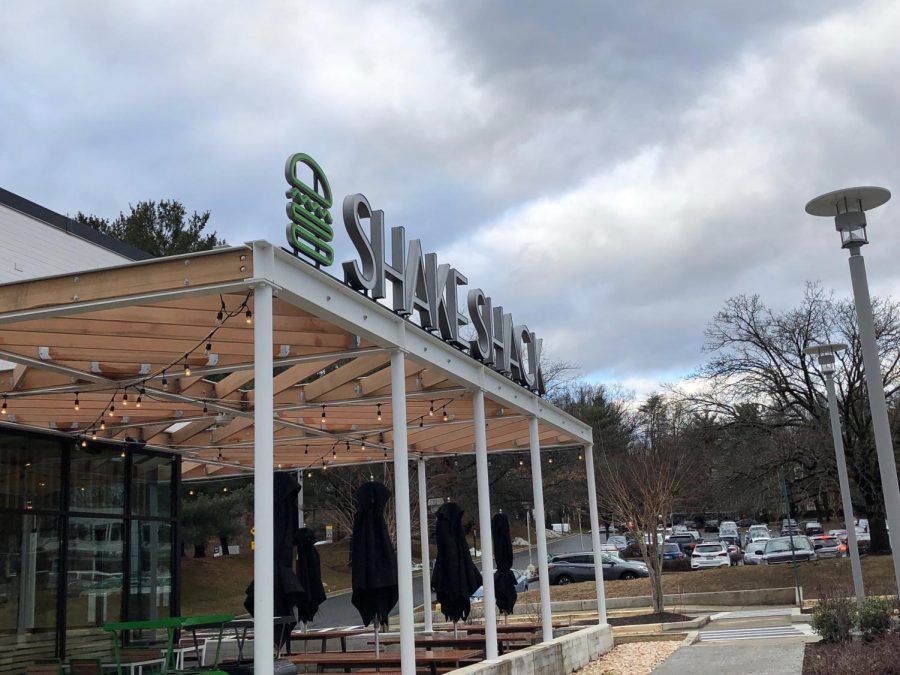 The Observer deems the burger chain Shake Shack, which recently opened in Cabin John Shopping Center, one of the best new things of 2018.

By Bradley Furgerson and Jackson Resnick

Ever since exploding onto the music scene in 2013, Ariana Grande has been one of the biggest names in pop music. Recent years have been kind to the former Nickelodeon star, as she has had hit single after hit single almost every year except 2017 when she did not release any music. For Ariana, 2018 was the year that solidified her role as one of the biggest female icons in pop culture of the decade, and also, as WCHS’ favorite artist.

Ariana’s 2018 brought her an incredible amount of success, but it came at serious emotional cost. In April, she announced that her and long-term boyfriend Mac Miller, who helped her propel to success with her 2013 hit single, “My Way,” were breaking up. She then formed a new relationship with actor Pete Davidson that summer. In August, she released her fourth studio album “Sweetener,” which was her third number one album and her most well-received album by critics yet. However, the passing of Mac Miller from an overdose in September left her and the rest of the music community heartbroken. She faced criticism from media who blamed Mac’s recent increased drug use on their breakup, and a month later, she and Pete Davidson announced they were breaking up.

In November, Ariana released the single “Thank U, Next,” as a response to all of the comments made about her recent relationship drama. The track blew up over the internet, stirring up lots of controversy as it is her most mature and outspoken song to date, but it also earned Ariana her first ever number one single.

Ariana shined this year, overcoming adversity and displaying strength in the midst of the Mac Miller drama, while still putting out a number one album that many consider her best yet. This display of “girl power” is the reason why she can be heard being blasted in the senior lot and played through the AirPods in the halls of so many WCHS students, earning her the honor of WCHS’ favorite artist.

We have seen new rappers become overnight successes plenty of times before, but perhaps none to the magnitude of the latest auto-tuned melodic trap rapper JuiceWRLD. “Lucid Dreams” has racked up well over a billion streams, and his debut album “Goodbye and Good Riddance” has had the same amount of success as his contemporaries in terms of streaming numbers.

The Chicago rapper’s emo-rap aesthetic caught on in early 2018, drawing comparisons to the likes of Lil Uzi Vert, Post Malone, and XXXTentacion. His December performance at Echostage in D.C attracted a large amount WCHS students to it. Luckily for those kids, they got to hear their favorite song of the year.

“Lucid Dreams” is a melodic banger that features a warm Sting guitar sample, and though somewhat whiny, it is a catchy hook sung by JuiceWRLD. It was produced by 18 year old Nick Mira, who made the beat in his bedroom studio in his parent’s house. The track was originally posted to SoundCloud and is a perfect example of what musicians can accomplish through the internet.

All summer long, the talk of the town in Potomac was the grand opening of nation-wide burger chain Shake Shack. After Burger Joint at Cabin John Mall closed in the spring, students were upset that they would no longer have a burger place so close to school. Thankfully, Shake Shack came to the rescue, asit was soon announced that the popular restaurant would be moving in by the start of the school year.

To say the least, Shake Shack made a profitable decision to move to Cabin John. Dozens of WCHS kids swarm “the shack” every day just after 11 A.M to get their scrumptious burgers and milkshakes. It draws in people from neighboring school districts as well, since most Shake Shack’s are in downtown areas of major cities— not suburban shopping centers.

Shake Shack’s arrival has stirred up debate over whether or not the food is really as good as people say, and many question if it beats Five Guys. Even if Five Guys is your cheeseburger of choice, the proximity of “the shack” to the doors of  WCHS is unbeatable. There is no doubt that the gourmet fast food spot lived up to the hype, and it is no surprise that it earned the title of WCHS’ favorite lunch spot.

Have you ever thought about how the white, purple and orange colored goos of a Tide Pod taste?

Well this year, some found out through the “Tide Pod Challenge,” where willing participants chow down on the toxic laundry detergent pods.

The challenge originated with a meme jokingly labeling Tide Pods as a “forbidden snack” for their bright colors.  According to a Jan. 2018 New Statesman America article, YouTuber Tommy Craze then posted a video of him pretending to eat a Tide Pod, setting off the craze and sending 37 teens to the hospital in the first two weeks of 2018 alone.

While the Tide Pods joke became viral, it was widely considered a joke among WCHS students, and no WCHS students tried the challenge for themselves (thankfully).

Since its inception, Hollywood has had issues regarding diversity and equal representation in movies.  White actors and actresses have enjoyed relatively unparalleled access to roles, while their non-white counterparts have struggled to find work.

Crazy Rich Asians, based on the 2013 novel of the same name, came as a change to the norm in Hollywood, presenting an almost entirely Asian cast in a story about an unsuspecting girlfriend finding out about her boyfriend’s uber rich family.

The movie is the first since 1993’s The Joy Luck Club to be filmed by a major Hollywood studio while featuring a majority Asian cast in a modern setting.  It went on to earn two Golden Globe nominations, as well as several People’s Choice and Screen Actors Guild award nominations.  Two sequels are currently in development.

Principal Brandice Heckert brought many changes to the WCHS infrastructure over the summer, adding areas for students to post announcements, better signage for entrances and water bottle fillers around the building, all adding to the sense of spirit at WCHS.  However, the most important change occurred behind closed doors in the boys bathroom: urinal dividers.

The dividers were most welcomed among male students, who for years had complained about the lack of privacy in WCHS bathrooms. Many argued that the lack of dividers was discouraging students from using the urinals while others are doing so, and instead waited for a stall to open up or at least a one-urinal-buffer. This resulted in an increased use of the restrooms during instruction time to not risk getting marked tardy while waiting for a urinal.

Some would say this issue was insignificant in the grand scheme of school operation, but the reception of the new installment would argue otherwise.