Giving back during the holidays 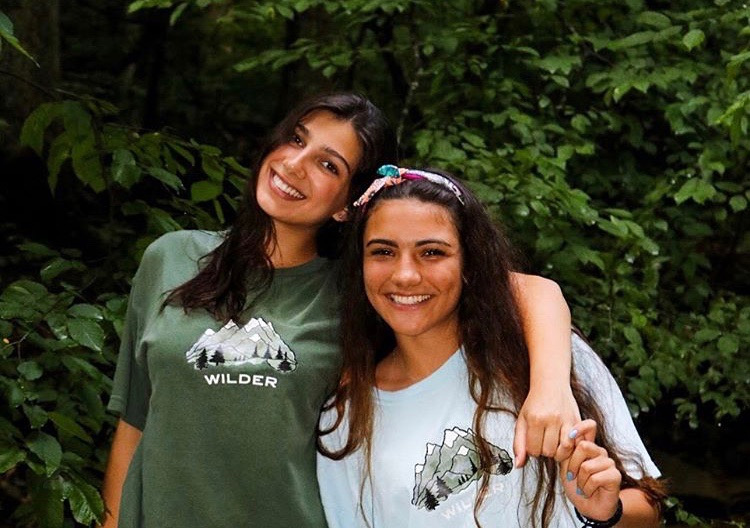 Wilder company models during their shoot.

Whether it be through fundraisers, volunteer work or startups, WCHS students are eager to give back to their community.

“I’ve always believed you make time for what’s important to you, so I find ways to help when I can,” senior Hannah Bush said. “You may think that you are not making a big difference, but if you can make one person smile because you cared, then the effort is worthwhile.”

Bush has worked with the Ronald McDonald House in Baltimore, A Wider Circle, KID Museum and the NICU at Holy Cross hospital. Along with this volunteer work, Bush also volunteers as a coach for Girls on the Run at a local elementary school.

The mission of the Ronald McDonald House is to keep families together during times of adversity, providing them with care and resources. Similarly, a Wider Circle provides basic items to individuals and families during difficult transitions.
“There is always help needed,” Bush said. “You just need to take the initiative to find out what you can do.”

Bush loves to stay busy and is always looking for new projects. Beginning with volunteering through her church every Sunday during a religious education program, Bush worked alongside a child with Down syndrome. Ever since, Bush has loved to volunteer and help others.

“I was given a once in a lifetime opportunity to volunteer in India,” Bush said. “I got to work with impoverished kids at the rudimentary one room elementary school. There I found that despite the challenges that each child may have been facing, they were filled with so much joy at our being there, and what I saw showed me just how fortunate I am.”

In addition to also working with So Others May Eat (SOME), serving the homeless, tutoring students or organizing food in pantries, Bush has created a club at WCHS to share her love of tutoring as well as give back.

“I have also created a club called Churchill Heart Factory with the vision and mission to serve the underprivileged and underappreciated,” Bush said. “We are always looking for ways to engage our club members in making a difference.”

Seniors Andrew Ha and Justin Jin also give back to the community by raising awareness of the environment through their business.

Deciding to create a clothing brand that not only looked good but had an important message behind it during school one day, Ha and Jin are now the creators of The Wilder Project. Being concerned about our current generations’ lack of interaction with nature and how badly people treat the earth, they wanted to make a difference.

“The Wilder Project is a nature based clothing brand that we created to encourage people to stop sitting at home and, instead, explore what nature has to offer,” Ha said. “We give back to the community by donating 15% of all of our profits to local conservation charities.”

Currently having donated to the Potomac Riverkeeper Network, they also plan to reach out to different organizations in the future.

Their primary demographic is high school students, but people of all age groups have reached out to support their cause. They currently sell hoodies and T-shirts, and also plan on releasing sweatpants, stickers and crewneck sweatshirts in the future.

“My favorite part about Wilder is the photo shoots that we host for every new merchandise release,” Ha said. “We invite our friends to outdoor settings, such as the Billy Goat Trail, to model our clothing. It’s always a great time filled with laughter.”

Having fun while giving back to the community is the perfect scenario. In addition to year round giving back, many WCHS students and clubs are doing fundraisers specifically for the holiday season.

Girl Up, a United Nations Foundation, is devoted to fundraise and advocate for girls in developing countries. This WCHS club is hosting a gift wrapping fundraiser at Barnes and Noble Dec. 15.

“This is now our 5th year doing this fundraiser,” President of Girl Up and senior Nicole Bratton said. “It always raises a lot of funds, and it’s a really fun way for club members to get involved so we organize the fundraiser every year.”

The profits of the fundraiser are going to School Cycle, a Girl Up program which donates bikes to girls in remote areas so they can travel safely to and from school. The more money raised, the more bikes girls will receive, thus being able to easily travel to get the education they deserve.

“My favorite part about giving back to the community is meeting new people,” Bratton said. “What’s so great about fundraising is that you meet lots of people with the same interest as you. When someone comes to our table at Barnes and Noble to have their books wrapped, I get to talk to them about Girl Up and how we are changing the world.”

Bush, Ha, Jin and Bratton are some of the many students at WCHS who are devoted to giving back and volunteering. For them and the many alike, the time of giving is year round.

“I love being a part of the Girl Up community because being a member connects me to other parts of the world,” Bratton said. “ It’s very rewarding to know that my efforts fundraising in Potomac, Md. directly affects the life of a girl in Cambodia.”