Juuls are now more prominent than ever among students 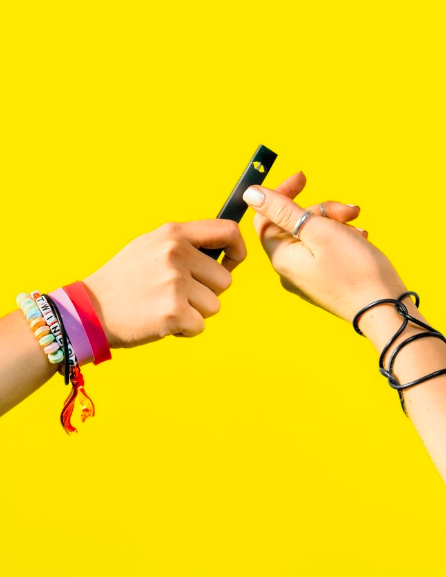 Juuls, an electronic cigarette (e-cig), is an alternative for smokers available to buy for those 18 and over. Even with such age restrictions, Juuls have made their way into the hands of WCHS students.

About 3.5 inches long, sleek, black and looks more similar to a flash drive than anything else, the Juul is everywhere. Walking into the bathroom, you are sure to meet someone puffing out flavored smoke, which, while seemingly harmless, has hooked lots of WCHS students.

As with all fads, Juuling will eventually die out, but how long this one will last is the question. The Juuling and e-cigarette epidemic is not just a WCHS issue, it is spreading nationwide.

According to a Sept. 21 CNBC article, about three million high schoolers are using some type of e-cigarette, which is roughly 20 percent of all high schoolers. And still, Juul, seems to always rise as the most popular brand.

At most any social event or party, WCHS students are likely to encounter multiple Juuls or another type of e-cigarette, for example, Sourin. Even at school, the prevalence of seeing Juul’s has risen.

According to Principal Heckert, administration has been purposefully going in bathrooms more often to inspect if there is any Juul use.

Last May, Md. laws were created to crack down on regulations and use of Juuls. Similarly, WCHS has been promoting staff and teachers to be more aware of Juuling around the school.

“We try to be in the bathrooms as much as we can, and we are being more aware and vigilant,” Heckert said. “I also put out a notification to parents, with actual pictures of Juuls, and we are also having a staff meeting and training so they get information about the dangers and awareness of e-cigs.”

Even though the health consequences are still uncertain and the FDA put out many warnings of the use of Juuls, students are looking past the concerns and effects and still getting hooked.

“I don’t think it’s healthy,” senior Sara* said. “It makes me feel a little weaker, it dries out my lips and makes my lungs feel heavy, but the buzz is worth it.”

Unlike other drugs and alcohol, e-cigarettes give students a “buzz,” or a headrush, that can last for a few minutes. Students chase the buzz feeling, resulting in them going through a single or a few pods, which is equivalent to one pack of cigarettes per day or couple of days.

According to Sara*, she goes through one pod per day and considers herself addicted.

Due to the extreme addiction of lots of WCHS students, Heckert claims that there is not one clear solution to solving this issue.
According to Heckert, creating a vigilant and aware community is the first solution; additionally, promoting education about the potential consequences, through “focus groups,” can help solve the issue.

The disciplinary aspect of getting caught with a Juul on school grounds will have an effect on WCHS students.

“Anytime you have a Juul it is confiscated and parents are notified,” Heckert said. “The first time it happens however, the consequence is detention. We always let security know when someone is caught with a vape, too. For second time offenders, we will do a Substance Abuse Control Officer referral, and then once we get beyond repeated offense, consequences can go up to suspension or citations, and other firmer consequences.”

Limiting and putting stricter regulations on the sale of Juuls and e-cigarettes is thought to help solve the issue, however, problems within that solution can arise.

“I don’t think that having stricter regulations on the sale of juuls would change anything,” senior Joe* said. “Most high schoolers already find a way to purchase Juul products even though they are not of the legal age to do so.”
*names of sources changed for anonymity