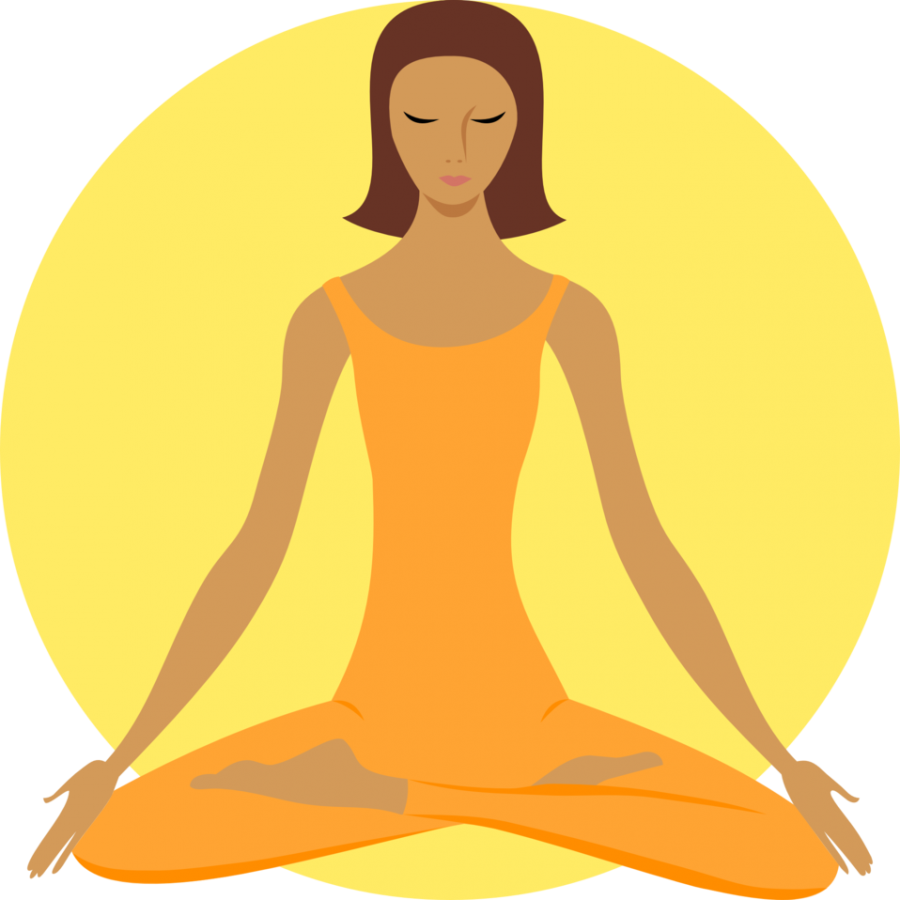 Yoga is commonly used as a method of stress relief, however, recent studies have shown that daily yoga can also help combat depression and anxiety. With many of these tribulations being faced by high school students, yoga is an easy way to ease their minds.

Aerobic exercise is now known to help anxiety and depression by releasing hormones that stimulate happiness within the brain. Yoga allows the brain to tame stress responses through breathing exercises, focus and mindfulness.

“I try to do yoga three or four times a week but I usually meditate before bed on school days,” junior Lorena Bravo said. “Before I did yoga, I was super stressed and my muscles were really tight, meaning it was hard to stretch after workouts and they were really sore. After yoga, I found that I can run for longer because my flexibility has improved so much.”

Before discovering the other benefits of yoga, researchers thought it mainly helped with stress. New studies have added to the understanding of the positive effects of yoga on the body.

According to an April 13 Psychology Today article, a study has found promising evidence that yoga can help treat depression. The aim of the trial is to examine whether yoga alone can help mild-to-moderate depression. Researchers found that people with depression significantly improved after eight weeks of twice a week yoga sessions compared to those who merely learned about the history of yoga.

Early symptoms of stress is likely to move into adulthood and cause chronic stress and illness. Stress has been linked as a cause of depression, and according to a Health Line article, each year the number of patients diagnosed with depression is approximately 20 percent.

“I do yoga because it is the only part of my day that I can be fully relaxed,” junior Emma Bomfim said. “Things get so busy in my day, so yoga forces me to calm down and is a nice outlet for stress. I enjoy yoga because it relieves stress, builds strength in ways swimming cannot and helps me concentrate better for the rest of the day. I’ve never felt anything like how I feel after yoga and can feel the tension being released from my body. My body feels so free and flexible.”

Last school year, CHS held a “Sources of Strength (SOS) Day” for a time to relax and de-stress. As one of the day’s rotations, there was a yoga station on the field, led by Lifetime yoga instructors.

At CHS, teachers encourage students to live a healthier lifestyle and mental state. Teachers have recommended yoga due to its continuous lifestyle benefits.

“I started yoga in 2004,” social studies teacher Lallitha John said. “I truly believe students should practice yoga because it helps build strength and calm the mind by the breathing exercises incorporated within the activity.”

According to a March 27 Elite Daily article, a recent study conducted by the Boston University Medical Center asked one test group to take a 90-minute Iyengar yoga class—a form of yoga that focuses on detail, precision and alignment in the performance of posture and breath control—three times a week from home. The other group did only two 90-minute classes a week at home. Both groups experienced major improvements to their mood, but the group who practiced yoga the most had better results.

Yoga has shown to improve both the physical and mental aspects of life. It is a great tool to boost happiness and the overall quality of life.

“I would definitely say my life is better now that I do yoga,” Bomfim said.  “Not only do the instant after effects of yoga help me by making me more focused and ready to work again, the long term habits of yoga also impacted my life. For example, we do a lot of breathing exercises in yoga that I can replicate in stressful situations like taking a test in school.”