Prom: Then vs Now 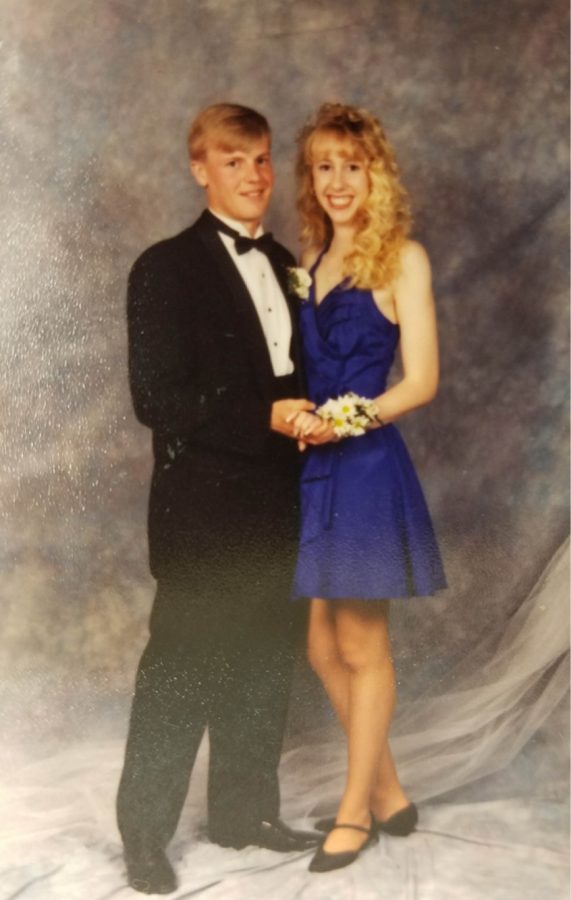 Almost every school dance starts the same way: making plans with a group for a limo and dinner, picking the perfect outfit and finding the right spot for pictures—nothing seems to deviate from the norm, or so we think.

While it may not seem like it, the differences between prom today versus prom 20-some years ago make for a substantially different night, yet there are still key similarities between the two.

“You should be present for prom,” Honors US History and SMAC teacher Kevin Doherty said, who graduated from CHS in 2008. “It’s a high school experience no matter where you live. You should focus on seeing the people you’ll probably never see again.”

Of course, an obvious change in the dynamics of prom years ago compared to today involves access to social media and the increase in technology present in society.

“There’s more attention on social media,” Doherty said. “It wasn’t really around when I was there. You might have taken a picture or two with your friends but now there’s a lot more social media attention.”

For Honors Algebra 2 and Honors Precalculus teacher Christopher Tappis, who graduated from Sherwood High School in 2005, he got more than he bargained for when asking his date to prom; he met his future wife.

“We started dating the summer before senior year of high school,” Tappis said. “I went to her prom and she went to my prom [at Sherwood].”

Prom, while often being about the pictures, is now also all about the glamour, especially in the city of Potomac.

“We had a big limo bus for prom,” Tappis said. “For Homecoming, though, we drove ourselves which was pretty normal. Most people drove themselves to homecoming and only got limos for prom.”

At CHS, many students rent limos or group buses for homecoming and prom, but will drive to smaller events, such as the Sadie Hawkins dance or GLOW.

Another new component to prom today is something all over your social media feed.

“Promposals: not a thing when I was in high school,” Tappis said. “I don’t know anybody that did anything like that. You just asked ‘would you go to prom with me,’ no grand display at all, and certainly not for homecoming. I remember the first time I ever saw a ‘promposal’ was on the television show Laguna Beach and I remember thinking ‘what is this,’” Tappis said. “There was no social media and [students today] do this so you can post on facebook, but there was no facebook.”

Reserving a location for prom always seems to be one of the first components in planning. This year, CHS’s Class of 2018 is hosting their prom at one of the Marriott hotels.

According to Microsoft’s webport MSN, proms in the past were commonly held in schools gymnasiums, while today’s proms are held in off campus locations like country clubs, banquet halls, hotels or ballrooms.

At CHS, both prom and homecoming bring abuzz hallway conversation about who’s wearing what and the best hairstyles to wear.

According to a 2015 article from Forever Twenty-Somethings, hairstyle ideas and prom dress options would come from teen magazines like Seventeen, while today’s hairstyle ideas come from Pinterest or from celebrities’ Instagrams.

Between promposals and the glamourous traditions students attending prom nowadays celebrate, prom has always been a celebration of the closing of a chapter for seniors.

“The kids like that they have their own indepence right,” Doherty said.