Juniors and Seniors Distance Themselves from Underclassmen 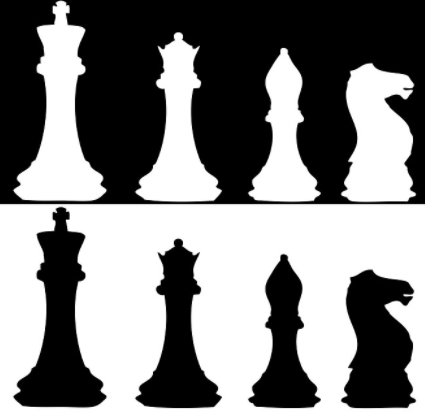 It may seem that hierarchy and social class are only present in the way we see them today: socioeconomically. However the reality is that hierarchy is such a simple and recurring fact of life that it presents itself in all sectors of society, including CHS.

This isn’t about the common hierarchy seen in movies and television shows, where the grade is divided by cliques with the cheerleaders and the jocks. No, this hierarchy revolves around the interaction between grade levels at CHS and the hierarchy of high school grade levels.

“Juniors and seniors are more similar, in the sense that you tend to find more social interaction between the two,” senior Melissa Rusagara said. “Sophomores are in a place where they’re not juniors yet [due to their] maturity and age level; they’re not freshmen because they’ve all been through [a year of high school], so they’re sort of in their own little league.”

A large amount of the perceived division between the grades stems from the the level of maturity and the actual age of the students. Freshmen, who have just graduated from eighth grade, have yet to develop and adapt to the high school lifestyle, compared to a junior or senior student who have been molded in that lifestyle for three to four years.

“I think the biggest dynamic is that the older you are, the longer you have been in the environment at school so you see things differently,” junior Jake Kaplan said. “There is a division because the maturity level is different and the more experience at [CHS], the more comfortable you are.”

There’s no plausible, definitive way to increase interaction between the four grades. The saying “birds of a feather flock together” is quite exemplified by the general trend of classes to stick to their grades.

“It’s a natural process so I think if you were to have a forceful interaction, it just wouldn’t work out,” Rusagara said. “A lot of it tends to happen with certain classes, like tech classes and art classes, and maybe even languages, where you have seniors and freshmen but even then, that’s very class based where it’s in the specific classroom. If you force the interaction outside, there isn’t much to relate. It wouldn’t really work.”

The hierarchy isn’t just formed by the grades; some things, such as class size, are out of students’ control. With larger class sizes and more students in the school, it’s hard enough to know everyone in one’s own grade, let alone from all the others.

“My friend group sits in the auditorium because [the cafeteria] is too crowded,” sophomore Max Birnbaum said.

The system for seating during lunchtime is further based off of grade and the “hierarchy” level.

According to Rusagara, where one sits for lunch is based on their age level. Juniors and seniors can sit in the cafeteria, while freshmen and sophomores must find seating elsewhere. This system has been perpetuated by students for years.

Generally, one would assume that in regards to Freshmen Friday, it would be the seniors with the most power and intimidation. Even so, the irony is that most of that power seems to be wielded by the old freshmen, the new sophomore class.

“I think [Freshmen Friday] is [geared] more towards sophomores because they were most recently in the freshmen’s shoes,” Kaplan said. “As a freshman there was a little fear because you were often not interacting with people older and different than you.”

“I’d find it hard to find a school where it’s all one,” Rusagara said. “There’s probably some kind of dynamic there. There’s too much of an age and maturity [gap] between [grades] for that to work out.”