Teachers Make Time for Athletics After the Bell 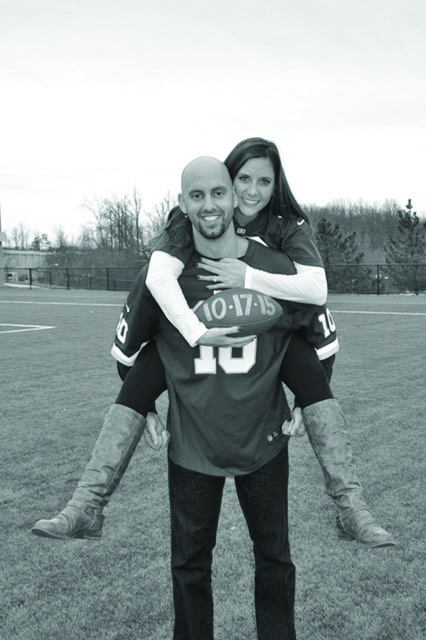 Picture this: your math teacher shooting a three pointer just as the buzzer goes off; the crowd going wild. However for CHS students, no imagination is needed in this type of situation, it really does happen.
For some, playing a sport can be as addictive as coffee, leaving people craving more competition. This could explain why some adults have chosen to stay active in the athletic world. To find out, The Observer took a look at some of our very own teachers who decided to stay active into their adulthood.
“I’ve been competitively running for 37 years and it’s just something I don’t want to give up,” AP NSL teacher Paul Jacobson said. “It’s almost like teaching. I like having to be on my toes. I’m a competitive person so I always enjoy proving myself.”
According to a NPR, Robert Wood Johnson Foundation, and Harvard T.H. Chan School of Public Health poll, studies have shown that while about three in four adults played a sport as a child, only one in four adults have continued to play a sport into adulthood.
To some teachers, continuing a sport is just as natural as partaking in any social event. Playing a sport allows them to stay healthy while also being able to socialize with friends.
“Everyone needs social outlets,” said AP Psychology teacher Christopher Forney, who plays softball. “For some, it’s a book club. For others, like myself, it’s playing a sport.”
The attraction of playing a sport as an adult is not strictly social; there is still that hunger for competition. For many teachers, they have been participating in sports since as long as they can remember, so staying competitive is natural to them.
“As a high school and college athlete and coach, I definitely do enjoy competition,” said AP Psychology teacher Katelyn Blanken , who plays in an adult touch football league. “So I thought it would be a fun way to meet new people and continue to be competitive.”
According to the poll, about 75 percent of adults who play sports now also played as a child. Only about three percent of adults who play sports now did not play as a child.
“I have been playing a sport ever since I can remember,” Blanken said. “I continued playing a sport and working out right after graduating college just to keep in shape, and I just never stopped.”
Although continuing a sport does take up additional free time, adult leagues or teams are generally laid-back, not requiring a lot of time or commitment.
“Playing a sport includes minimal commitment at this age,” Blanken said. “You show up, play for an hour and leave, no practices, no nothing.”
Having an outlet in general, whether it be sports related or not, is proven to have positive effects on people. When it comes to playing a sport as an adult, it allows for a mental break.
“My softball league is one night,” Forney said. “The beauty of it is it’s two hours where your mind doesn’t entertain anything else. You’re just focused on a game and that’s it.”
For many CHS teachers, balancing a sport and teaching doesn’t seem to be hard at all.
As for Jacobson, who is also the cross-country and assistant track coach, he is able to do the sport he loves while teaching it at the same time.
“I don’t think balancing teaching and running is hard at all because I coach the sport I compete in,” Jacobson said. “My workouts to be a competitive runner are the same workouts that I can give the team. One of the reasons I wanted to coach was because if I was going to run everyday anyway, I might as well combine the two and be able to coach and still run.”
All of the CHS teachers who were interviewed played sports throughout their whole life into college and after graduating.
“My dad was a college athlete too, so playing a sport was always something we were encouraged to do,” said Blanken, whose dad is her assistant varsity basketball coach. “My parents never cared whether I was the best athlete or what sport I was playing, they just cared that I was staying active and healthy and doing something that I had fun doing, so I think that definitely had an effect as to why I play today.”
Like everything in life, sports can always teach people lessons. These lessons can be carried on to any environment, not just on the field and can also help you with other life skills.
“First of all, sports have taught me it’s really important to work in a team situation, whether it’s in a sport, classroom, or career,” Blanken said. “It’s also really important to be able to listen and work with other people.”
Additionally, while sports can teach people physical and mental strength, they can also build character and how one views issues in their own life. Losing a game is similar to most any challenge in the world, but learning how to continue playing after a loss is the most important.
“I learned you are going to have failures, but it’s how you recover from the failure that matters the most,” Blanken said.