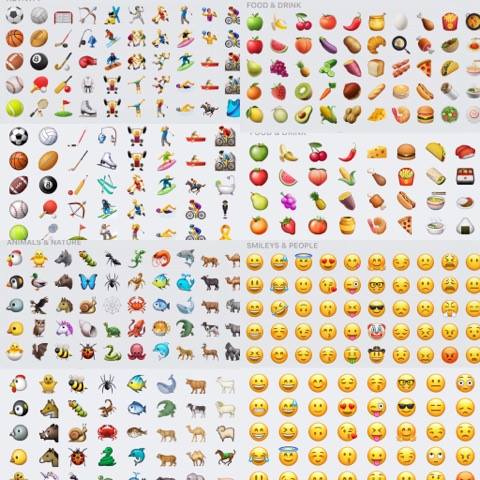 Some of the highly-anticipated new emojis include a clown, an avocado, a crab, and a gorilla.

Apple recently released a new set of 72 emoticons (emojis) that include some of the most requested emojis such as the shrugging emoji and the avocado emoji.

Emojis are constantly used when texting or on social media to display emotion and to have fun. The different sections include smileys and people, animals and nature, food and drink, activity, travel and places, objects, symbols and flags. The most emojis used are the heart and emotion emojis.

“I have mixed feelings about the emojis because now there are a lot more which is exciting,” sophomore Madison Smith said. “There are so many which makes it hard to find which one you want also they’re slightly less attractive in my opinion.”

When emojis first came out, they were not as numerous and they were much less developed than today’s emojis. The new update allowed for the emojis to have more sharp details and some even look 3-D.

“When I first started using emojis, there were much less to choose from,” sophomore Josh Fleishman said. “There were only a couple in each catagory.”

The new emojis are very specific, detailed and the physical appearance of them changed with this update. Certain emojis like the firefighter emoji used to only have a male emoji, but now include female emojis with all skin tones.

“I wish I didn’t update to the new emojis because they look very different now and are difficult to find,” freshman Taylor Tran said. “But, some of the new emojis are cool like the black heart emoji and the new animal emojis.”

Although Apple finally produced new emojis the people have been dying for, many do not like the update and even think that emojis are getting out of hand.

“Overall they make me both uncomfortable and happy because of the appearance change and the newfound variety,” said Smith.