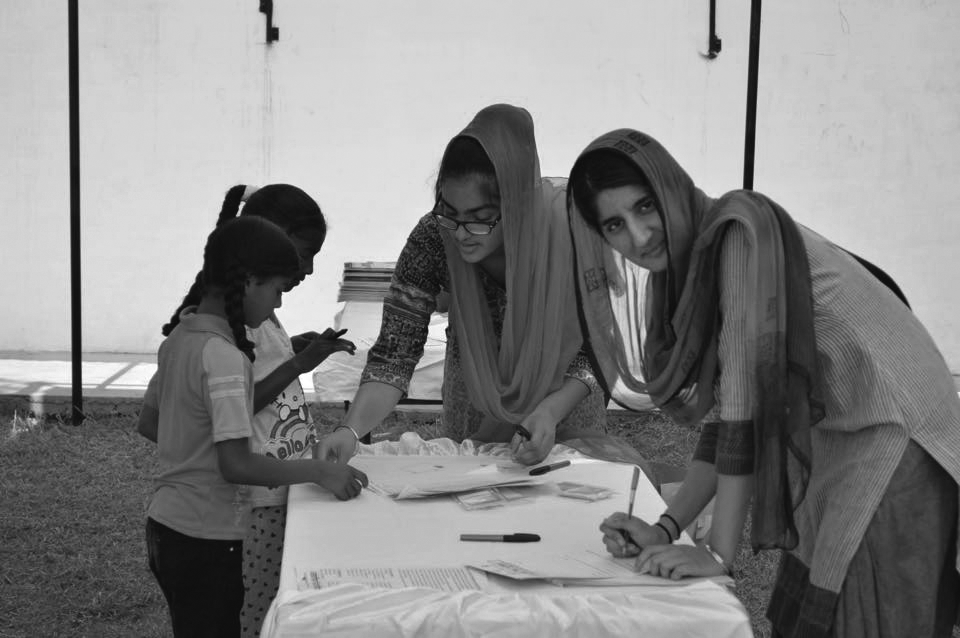 Sophomore Hana Mangat spent her summer building camps for kids in rural India and teaching them English. However, activities like these are only a small part of what she does with her youth-based organization Sikh Kid to Kid (SK2K).
Mangat and her mother started SK2K in 2012 after a shooting at a Sikh temple in Wisconsin. SK2K strives to educate people on religion in order to prevent violence and ignorance directed toward religious groups.
“It was a shocking moment,” Mangat said. “I’ve never viewed myself as an outsider. That’s why we decided to eradicate ignorance with the power of education.”
SK2K designs religious training programs in order for teachers to teach religion in schools more accurately. The organization creates resources such as movies and workshops that revolve around self-image for MCPS schools.
For the work she does for SK2K, Mangat won a scholarship award from Ben Carson’s 2015 Scholars Fund. In addition, the organization was also invited to a Forbes conference on Oct. 4-5 after applying to a Forbes “30 under 30” contest.
SK2K is currently in the process of working with the Maryland state government to implement more of its teaching programs to schools in the Maryland-Virginia area.
“The state was open and excited to work with us because we are teenagers putting in the effort and work,” Mangat said. “It is really validating receiving recognition from the state.”
The organization is also writing a memorandum to Rep. Karen Bass, D-Calif., who is on the human rights committee, to bring to light the civil rights violations of unlawful detainment in Punjab India.
SK2K will also hold teacher workshops in November that will educate teachers about different religions. Currently the workshops, which are made up of two parts, talk about Hinduism and Sikhism. Starting next year they hope to add lessons about Christianity and Islam.
“The first part of the teachers meet at a Montgomery County building, and we brief them on the basics of the religion,” Mangat said. “There is also an experiential part of the program where they are invited to come to the actual chapel or place of worship and experience the service. There is also a question and answer panel where they can ask any questions regardless of whether they’re politically correct, and they can ask kids questions about how to make their classrooms more accepting.”
These workshops have trained teachers from over 70 MCPS schools. With such success, SK2K is also working to reach out to teachers in Fairfax County, PG County and Frederick County.
The organization has many projects aside from these teacher workshops, including one about self-image called Uplifting Reality.
“I think it’s cool because it’s teenagers with other teenagers talking about self-image and loving ourselves,” Mangat said. “I think that is something really rare to see.”
Mangat has brought the idea of eradicating ignorance with education to CHS through her club Cultural Society. Mangat runs the club with sophomores Sheerin Naimi, Gabriella Baker, Kevin Shefferman and Daniel Pyo.
“Our ultimate mission is to spread cultural awareness and avoid stereotypes in the CHS community,” Naimi said. “This year we will meet every other Friday at lunch where we learn about a new culture every week. We dance, do team building activities, try on clothes, listen to powerpoints, and most importantly, eat food.”
Mangat not only inspires her fellow classmates, but she also inspires the adults involved in the organization as well.
“Other students or just other people in general can learn how Hana thinks beyond herself,” parent supervisor Deepali Singh said. “She is always thinking of new projects that will somehow benefit someone else. From the organization perspective, we have something for every age group. The organization began with the focus of spreading awareness of Sikhism, and as we dug deeper, we started identifying issues that impact all kids in general.”
According to Mangat, CHS has a “hidden diversity” which she loves. She hopes the CHS community will back her in her efforts to celebrate this diversity.
“I want the CHS community to know that they can also make a change if they want to,” Mangat said. “People come up to me sometimes and say, ‘Hana, I wish I could be doing this’ but the thing, is they can.”