#KylieJennerChallenge proves to be #dangerous 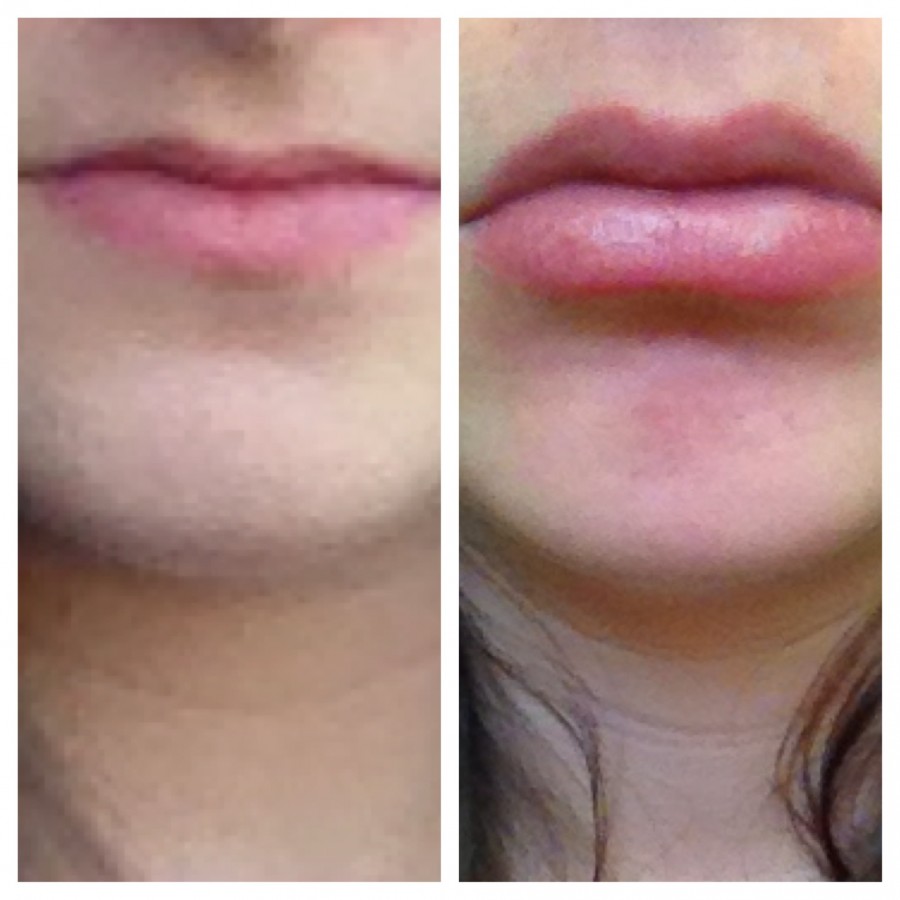 The newest trend sweeping the nation is self-inducing overly plumped lips like celebrity Kylie Jenner’s. Lately, teens have taken drastic measures to recreate this popular look, known as the #KylieJennerChallenge.

Even though Jenner recently admitted that she uses temporary lip fillers, teens are still trying to replicate her look by sucking on a shot glass, Gatorade bottle or hairspray cap. For many, this challenge has ended in swollen lips and broken capillaries.

“By using the suction there is a risk of bruising, redness and broken capillaries lasting for at least a few hours,” Bethesda plastic surgeon Dr. Roger Oldham said.

According to Oldham, scarring can also occur as a result of the challenge.

“If someone does it repeatedly, it could be permanent because of the scarring in the lip,” Oldham said. “However, I don’t envision it being permanent and the redness might last as long as the enlarged lips.”

According to sophomore Lydia Frentsos, the enlarged lip effect lasts about two days.

“I had a bruise,” Frentsos said. “It faded within the third day and it makes your lips bigger temporarily, but it’s not worth it because the health risks are so much worse.”

Even though Jenner’s lips may seem desirable for eager teens, not all students are willing to take the risk.

“I think natural beauty is better and you should expand on your own beauty instead of following the status quo,” senior Rachel Su said. “There may also be long-term problems, and I don’t think people should try [the challenge].”