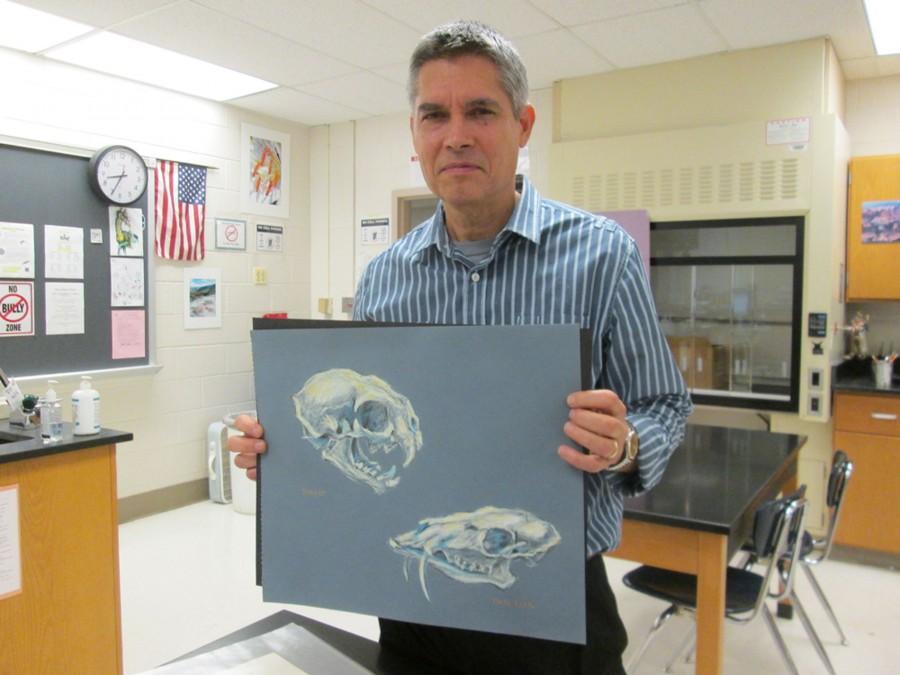 With their superior knowledge, intimidating nature and ability to ruin our weekends with homework overload, teachers may seem crueler than the average person. However, teachers are more like us than you think.

Many CHS teachers have special talents, such as playing music or drawing, which many students do not know about. These talents remind us that teachers are people too.

“If teachers enjoyed doing some of the same things as students, we could relate and understand them better,” freshman Jocelyn Kelley said. “As a result, I think that this would strengthen the relationship that students have with their teachers.”

Paraeducator Bruce Krohmer played in an orchestra conducted by Igor Stravinsky and performed on a national television broadcast during his ongoing music career. Krohmer, who began playing music in grade school, was playing in a semi-professional orchestra in his hometown of Louisville, Kentucky by age 13, and by 20, was substituting for the professional orchestra.

“I’ve always played music, one way or another,” Krohmer said.

In addition to playing music, Krohmer helped found a regional NPR live concert and radio program and is also the producer of the Takoma Park Jazz Festival, a free festival held every June.

“While I have, and still do, play music professionally, my main musical occupation these days is producing the two-day festival,” Krohmer said.

Science teacher John Ernst is passionate about art as well as science.

“I was too young to remember when I started drawing,” Ernst said. “I just always have.”

Although he took a few elective drawing classes while studying at the University of Maryland, most of Ernst’s talent is self-taught.

“From a young age, it felt completely easy and natural,” Ernst said. “It surprised others, as well as myself, that I could produce sketches and drawings without having any lessons.”

Ernst considered being an artist but was discouraged by his family and friends. Although he has sold a handful of his pieces, he gives most of them away as gifts or on cards.

“When I retire from teaching, I plan to do more drawing, etching and especially sculpting,” Ernst said. “Perhaps I will even exhibit if a local shop or gallery will have me.”

In contrast to Ernst’s hidden talent of drawing, many students know about NSL teacher Christopher Kenworthey’s passion for magic. Kenworthey is a magician who, in addition to putting on shows, has created and sold new magic tricks.

“Magic is my life blood,” Kenworthey said. “I would never give it up.”

Although he has a family full of magicians, Kenworthey first got into magic at a young age after watching the television show The Wild Wild West.

“A lot of people think I started magic because I’m surrounded on all sides of the family by magic, but the real reason is the television show,” Kenworthey said. “It had the most impact on me.”

Kenworthey enjoys putting on shows, but finds it difficult to do so during the school year.

“When Churchill starts, I don’t have a lot of available time,” Kenworthey said. “It’s almost impossible.”

Kenworthey frequently considered having magic as his sole profession, but he decided it was too financially unstable.

“I’d love to own a magic shop, but with the recession, people don’t need a magic trick,” Kenworthey said.

According to several students, knowing that teachers possess talents outside of teaching make the teachers seem more personable and relatable.

“It makes me feel more comfortable talking to them and participating in class,” senior Taylor Srebnick said. “It helps break down the intimidating barrier between teachers and students.”