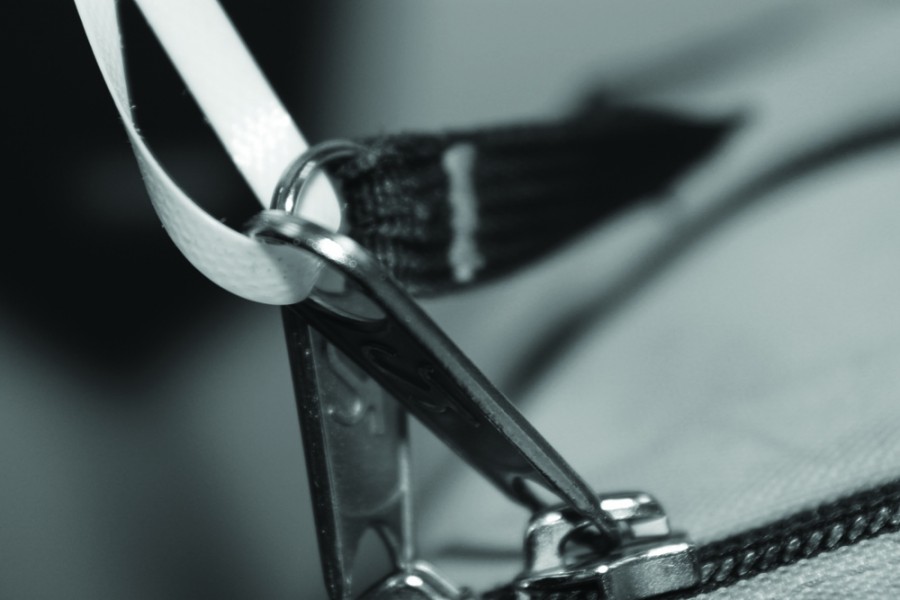 The bell has rung and a student reaches down to take his math binder out of his backpack. He actually did his homework last night and is eager to show his teacher, but for some reason, he cannot seem to open his bag. He looks down and sees a small, thin plastic strip standing between him and his ten out of ten.

Zip ties have become all the rage at CHS. Good old-fashioned nuggeting, when someone turns the backpack inside out and put the binders back in, has been replaced with these small but powerful plastic straps. These tricky ties allow the user to strap something together, but once you put the end through the head of the tie, only scissors can break the bond.

“I zip tie people’s bags as a joke,” sophomore Julie Kang says. “I only do it to my close friends or people who won’t get mad. I don’t do it to people to be mean or to get them angry. I just think it’s all in good fun. If I have zip ties, why not use them?”

Although zip tying backpacks is all in good humor, some students consider it a cruel prank.

“Zip ties are funny but mean,” sophomore Zahra Iqbal said. “I wouldn’t want it to happen to me.”

“I take zip tying very seriously and do consider it a form of bullying,” Nemati said. “I think many students feel zip tying is a harmless joke, but they need to consider how the victim of the prank feels. The victims are made the object of a classroom joke, which obviously is not a good feeling. Zip tying is mean and goes against the spirit of the CHS community.”

It is questionable whether zip tying should be considered a form of bullying, but one thing that is clear is that there is an assailant and a victim.

“Students spend time wrestling with a zip tie which makes them late for class,” Nemati said. “The student may feel additional humiliation when talk spreads to the other class that he was a victim of zip tying. While some students will ‘brush off’ such pranks, others simply pretend it doesn’t bother them and feel resentful inside.”

There have been several cases of zip tying reported to administration and consequences vary based on each individual case.

“This specific action is not listed in our handbook, but it could fall under either class disruption, or the bullying/intimidation/harassment infractions,” assistant principal John Taylor said.

Despite teacher warnings and reports to administration, students still continue to zip tie their friends’ bags.

“It’s not really a big deal because you can just cut it off,” freshman Lily Pham said.

In the end, the real question is: where do people get all of these zip ties from?