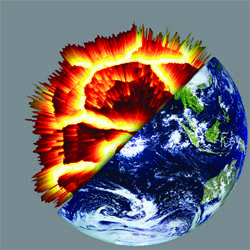 By Ethan Denicoff and Greer Smith

The busiest time of the year has arrived once more: the holiday season, filled with shopping, traveling, food, family, friends and, now, with the added bonus of a Doomsday prediction.

People have been predicting the end of the world since time began, and often it is picked up by the public. For example, the Y2K scare had many convinced that computers would crash and humanity would cease  existing on Jan. 1, 2000.

Then Ronald Weinland, former minister of the United Church of God, predicted more recently that the world would end on May 27, 2012.

Obviously, none of these days marked the end of humanity or the world, and it is most likely that December 21, 2012 won’t mark the end either.

The selection of this date started with the discovery that the Mayans, an ancient South American people known for their startlingly accurate predictions, had a calendar that stops at the Winter Solstice of 2012.

This calendar is the backbone of the apocalyptic predictions. However, recent archeologists have discovered a Mayan Calendar that extends far past 2012 and makes no reference to the end of the world. Now that the Mayan Calendar is no longer supposed to end, the claims have lost their credibility.

According to a FAQ guide on NASA’s website, Doomsday was initially predicted for May 2003, when another planet was supposed to collide with Earth. When nothing happened, the date was moved to December 2012, which coincided with the end of the Mayan calendar.

According to NASA, no scientific events predicted to occur anytime this year pose a threat to the world’s safety. The earth has been okay “for more than 4 billion years,” and is not prone to immediate change.

NASA may claim that there is nothing to worry about, but many worry that since NASA is a government funded program, they are not prone to reveal their secrets.

Some people have been viewing the major national disasters that have occurred in the past few years as signs that the world is going to end; whether the disaster is actually major, such as the earthquake in Haiti or just bizarre, such as the minor earthquakes in Maryland, all of these events have caused quite a stir.

The recent disaster, Hurricane Sandy, has sparked controversy because it damaged places normally unaffected by hurricanes: New York City and New Jersey. This rekindled the fire of Doomsday predictions based on Internet rumors that these events all occurred in the 2009 thriller, 2012.

In actuality, New York City was not flooded in this movie, but in the 2004 disaster thriller, The Day After Tomorrow. This movie was exploring the possibility of a modern Ice Age, not the end of the world.

According to Accuweather, seven out of the last 10 summers in the U.S. and Canada have had a higher average temperature than the 62-year average.

Yet, we must consider humans altering the earth, as well as the earth’s constant shifting, as a cause of these disasters.

According to a CNN article, people are living in places previously unoccupied, and altering these areas, leading to potential disasters.

The most popular rumor, however, to justify the apocalypse is that zombies will take over.

According to another CNN article, a man in Miami assaulted a homeless man in May 2012 and attempted to eat his face. The police had to shoot the man, or “zombie,” multiple times in the chest before he stopped.

This was not an apocalyptic zombie attack however, because the man was later determined to be on a powerful and dangerous hallucinogenic drug, “bath salts.” A scary story, but apocalyptic? Probably not.

Despite economic, political, social and natural events that may seem to mark the end of our world, no real signs that we are in for destruction are evident, and a logical explanation exists for all these occurrences. People should most likely go out and get their holiday shopping done and prepare for the new year because Dec. 21 and the days after will most likely come as usual, though you might want to stock up on some extra Twinkies and baseball bats just in case.